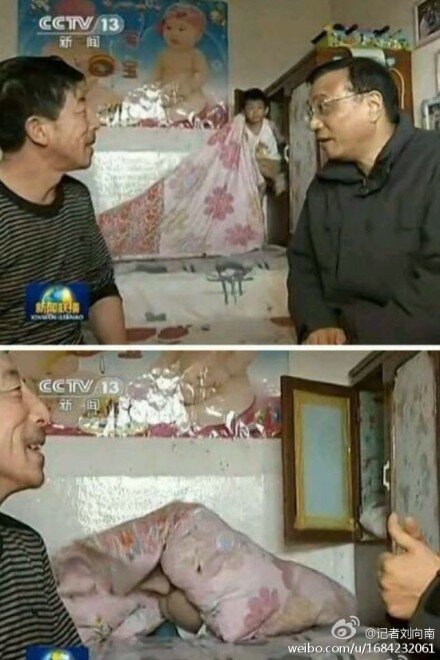 Chinese Vice Premier Li Keqiang made an unexpected visit to a farmer’s family in Baotou, Inner Mongolia earlier this week. How unexpected? According to Sina Weibo, the farmer’s son was still sleeping (half-)naked in the room, so the father told him to go hide in the cupboard. With CCTV cameras rolling, the kid ran out of oxygen, jumped out of the cupboard, and crawled under the blankets, exposing his bare ass to a national audience.

When PR appearances go wrong, I guess. Except this feels, in its spontaneity, so right. I’ll take this…

…over these photo ops any day: 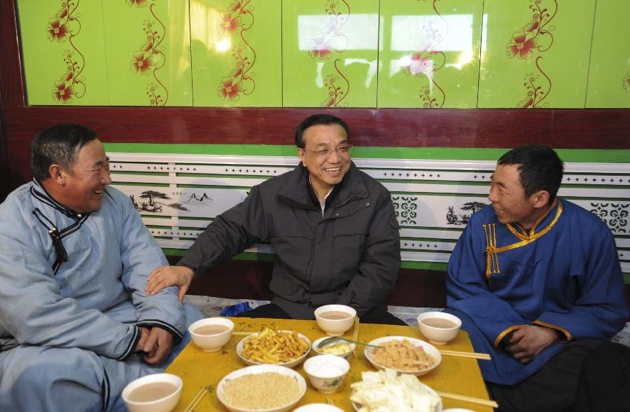 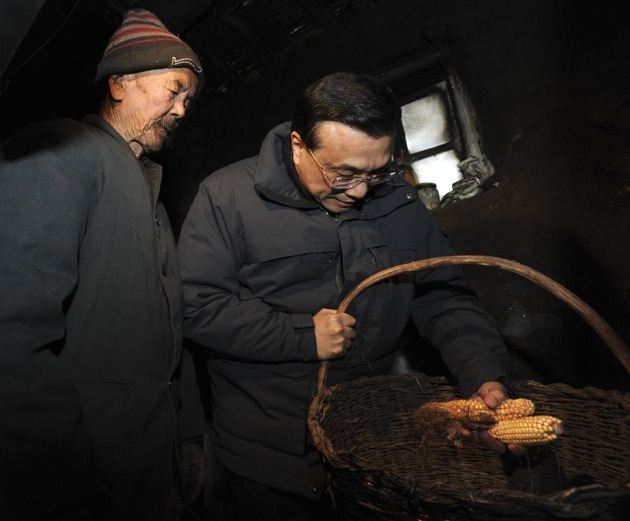 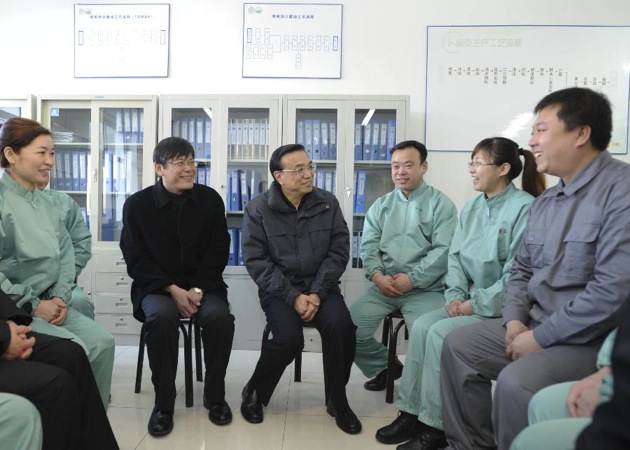 Unless this was orchestrated, in which case, Xi Jinping has his work cut out for him to top this. We suggest, for his next act, helping deliver a doe in the fields. The hoi polloi will lap it up!

Leave a Reply to callmemaybe