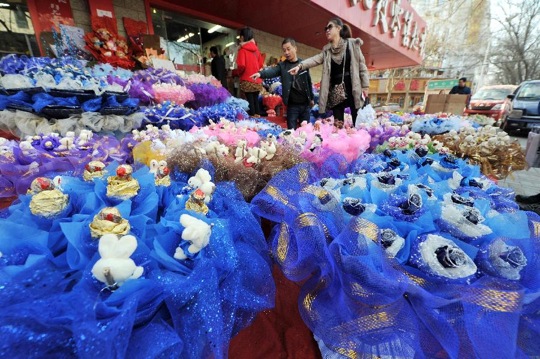 Valentine’s Day is a lot of things, including fake, commercialized, contrived, and unworthy of intellectual consideration, but in China, it’s also a “breeding ground” of “corruption and debauchery for a minority of party members,” as SCMP puts it, paraphrasing People’s Daily.

A four-paragraph story in People’s Daily said Valentine’s Day had become a hatchery of decadent ideology, indulgent lifestyle, fraud and corruption for some party members who squandered money indulging their lovers.

The problem is because capitalism doesn’t work in China. At least that’s what I think People’s Daily is saying. As paraphrased by SCMP again:

The problem was cadres who had abandoned communist beliefs, the article said, breaking their party oath and betraying the cause.

Leave decadence, to say nothing of saccharine holidays, to the Westerners. Meanwhile, People’s Daily will have its box of chocolates and eat it, alone, weeping, today as every day. It appreciates you, but will never utter those three words.

One Response to “Valentine’s Day Is “Breeding Ground” Of Corruption For Some Officials, Says People’s Daily”