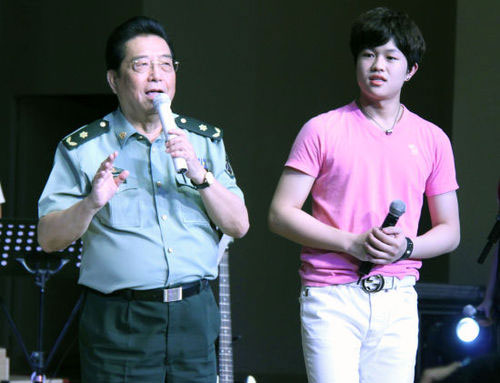 CRI reports that the suspected gang-rape victim in a high-profile case involving Li Tianyi, whose father is famous People’s Liberation Army singer Li Shuangjiang, might drop the charges if a few of her material demands are met:

A netizen called “dugeweibo” released on his or her Sina microblog that said the parents of Li Guanfeng and four other suspects talked with the victim’s parents and reached an agreement. They will give the victim a Beijing hukou (household registration), a house and a job and if the victim drops a lawsuit.

And anyway, a house is easy. The job and hukou may be a bit more tricky, for obvious reasons. How many connections does Li Shuangjiang, a non-commanding major-general, actually have? And which of them would be stupid enough to risk their necks for his doughboy of a son, whose history of criminal behavior — at the age of 17 — suggests pathological depravity?

Although we should point out none of this may matter:

However, lawyer Qi Lianfeng said if the rape suspects are ultimately found guilty, the action cannot be withdrawn by the victim, according to China’s prosecution procedures.

Stay tuned. We’ll have more on this subject.

UPDATE, 2/27, 1 am: It’s worth noting that the “reportedly” in this post’s headline refers to state media, and we’ll reiterate that the source was a now-deleted Sina Weibo account. Also:

@prettylaowai @adamminter this has already been proved as a rumor

2 Responses to “Victim Of Gang-Rape Reportedly Willing To Drop Charges For A House, Hukou, And Job [UPDATE]”