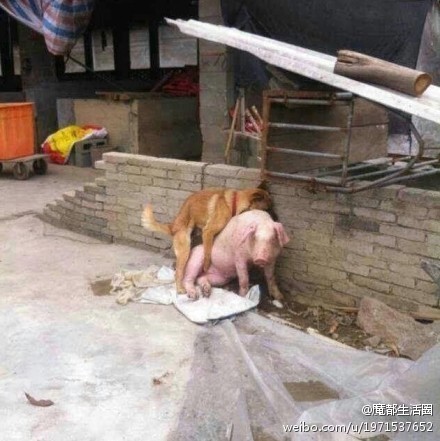 Because getting the updated dead swine count in Shanghai’s Huangpu River is like morning coffee, here’s AFP:

The number of dead pigs found in a river which runs through Shanghai has reached nearly 15,000, officials and reports said Tuesday, as a newspaper claimed the government was concealing the true tally.

“We finally know why those pigs are jumping into the river!!!” writes one funny Sina Weibo user. Here’s the accompanying emoticon:

And because there is never, ever a bad time for this, here, once again with feeling, is China’s famous chicken-raping dog:

Previously: The Farmer Responsible For Dumping 6,601 (And Counting) Swine Carcasses Into Shanghai River Has Been Detained