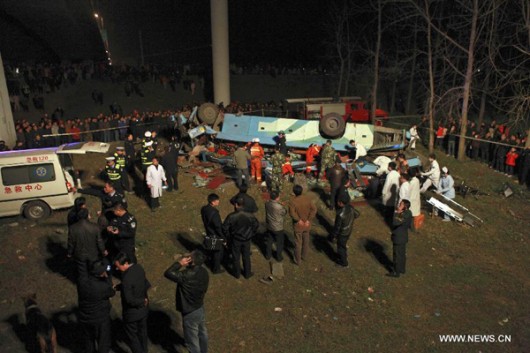 The bus was driving from Wuhan, the capital of Hubei, to Enshi. The double-decker was owned by a transport company in Enshi, according to Xinhua. The victims have not been identified.