Babies are resilient, you can basically throw them against a wall and they’ll return to being smirking poop machines after a brief cry, but this? 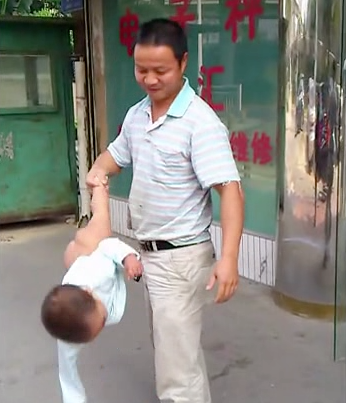 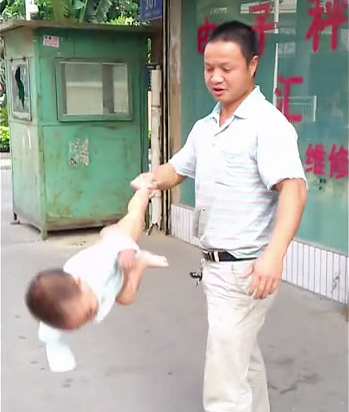 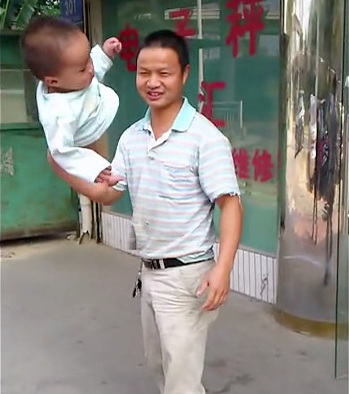 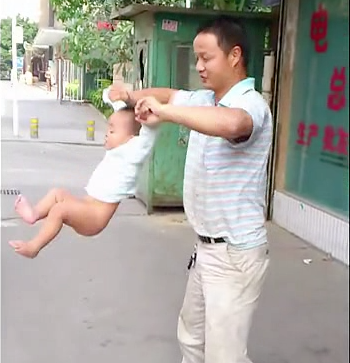 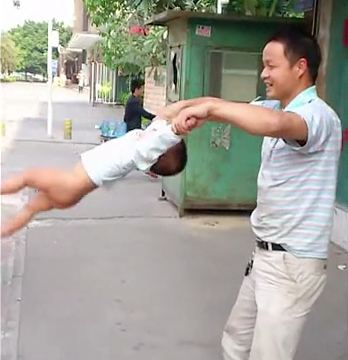 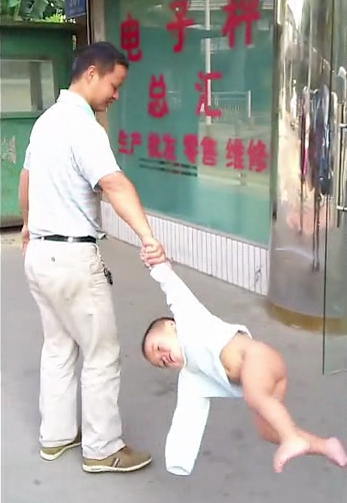 This little boy is identified as 15 months old, and has been, reportedly, “training” to become a Shaolin monk since he was eight months old. The video is pretty petrifying, because like any normal human being, I think, we viewers anticipate disaster even as we recoil against the possibility.

But maybe the kid is having the time of his life? The dad may have been a majorette back in the day, and besides, he would never, ever drop his own son and watch him plop to the ground like a watermelon, or slap the young lad’s head against the pavement like a soft pelt, or swing his mushy little foot into the edge of that glass door behind them.

Maybe the parents out there can let us know whether this is the world’s best or worst dad. We’ll leave you with a cute shot: 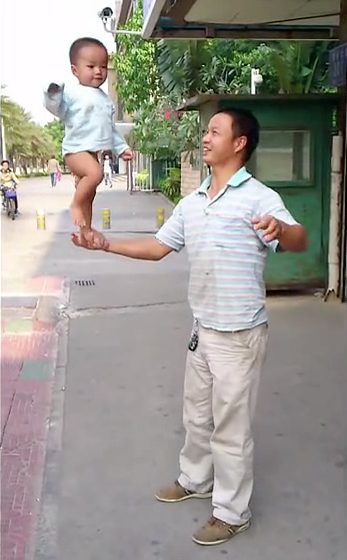 Leave a Reply to WoAi