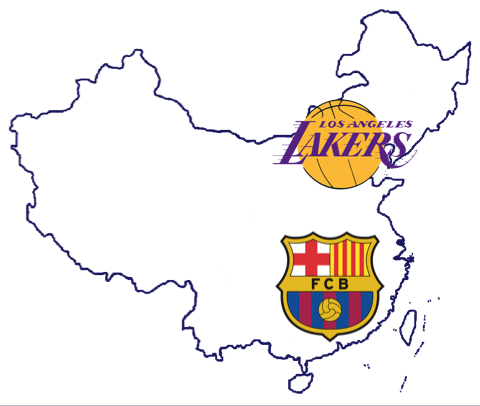 Good news sports fans: some of the planet’s top athletes are planning preseason tours to Beijing and Shanghai. Let’s start with basketball, the most popular sport this country by some metrics*.

For the first time ever, the Los Angeles Lakers are coming to China. They’re slated to play the Golden State Warriors on October 15 at the MasterCard Center in Beijing, then October 18 at the Mercedes-Benz Arena in Shanghai. You hear that, Kobe Bryant fans?

And look: the Black Mamba’s Sina Weibo account, which now has 716,000 followers, now actually has messages! Who can possibly be surprised that the top post is currently to this video called “Give me the ball”? 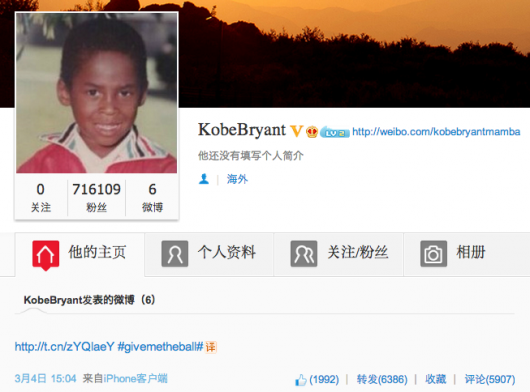 Next we move to FC Barcelona, the team currently preparing for AC Milan at home next week with a spot in the Champions League’s final eight up for grabs (Barca trails 2-0 in aggregate). On Monday, the club revealed that it will travel to Shanghai on August 4 to play against an unnamed opponent. FC Barcelona was last in China in the summer of 2010, in Beijing, where a disinterested and sleepy Messi caused some controversy when he put his head down at a pre-match press conference: 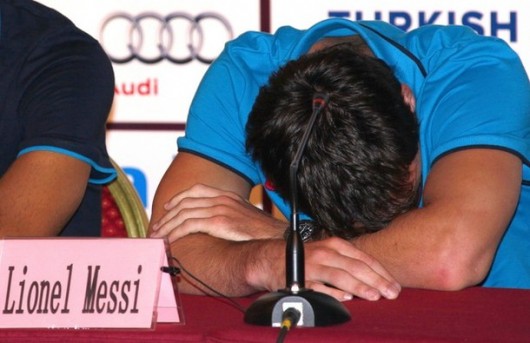 Yes, these are your sports heroes. We welcome them with open arms.

*More people in China rank basketball as their favorite sport, but if you had them rank a top three and assigned point values to each slot, soccer would probably still come out ahead.