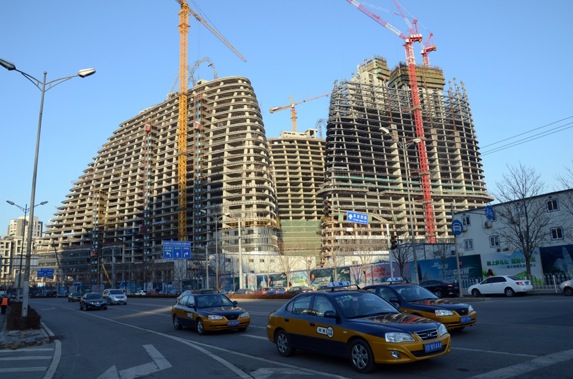 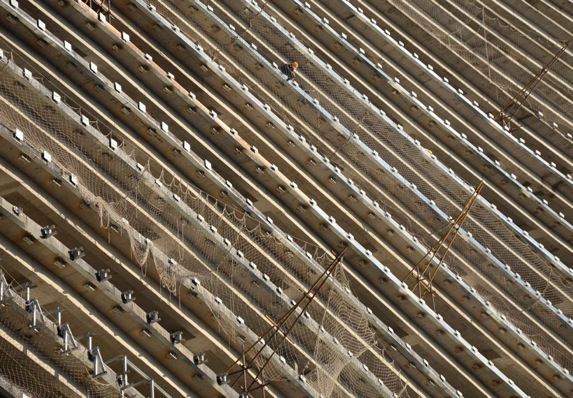 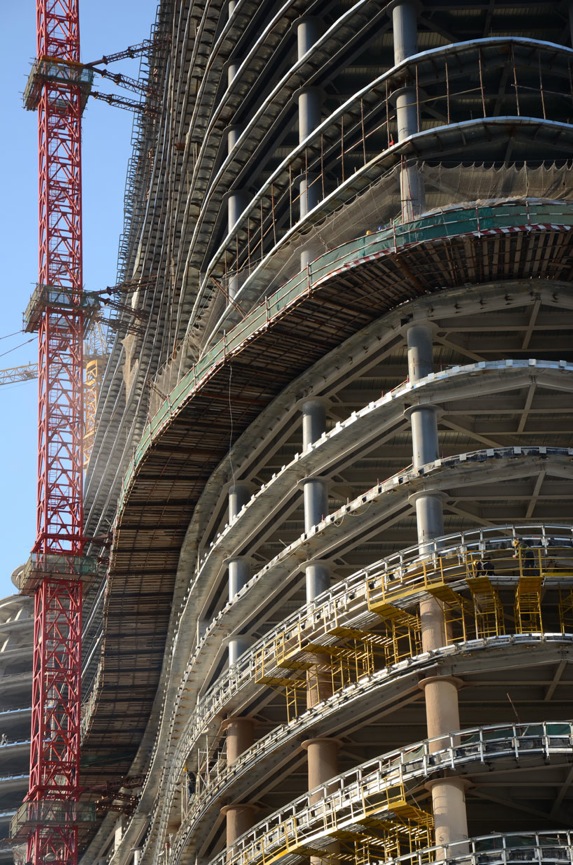 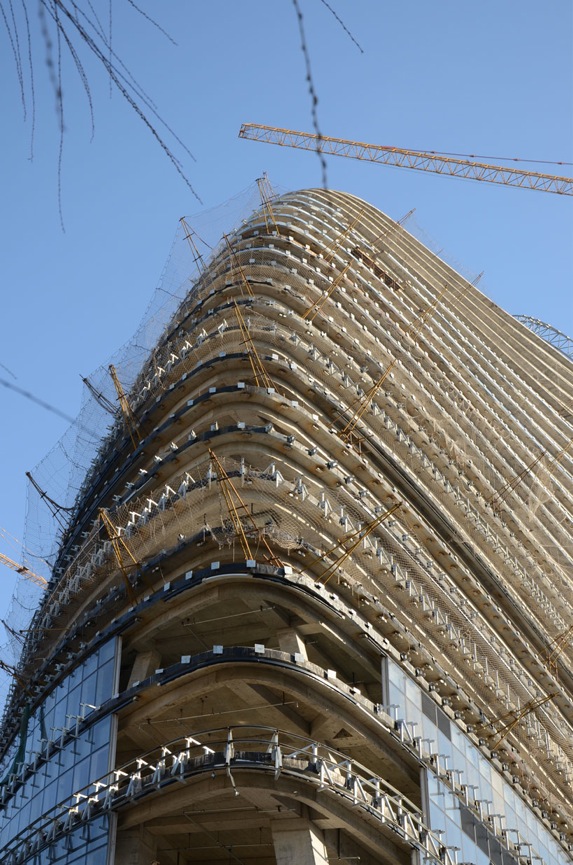 This construction update comes amid ongoing controversy, as Beijing builders continue to race against a copycat building in Chongqing. It’s hard to imagine someone pirating an architectural design as large and ambitious as Hadid’s — not because China lacks the architects to do so, but because to attempt such a thing requires an amount of shamelessness that is truly astonishing — but according to Der Spiegel, that’s exactly what happened:

What’s worse, Hadid said in an interview, she is now being forced to race these pirates to complete her original project first.

The project being pirated is the Wangjing SOHO, a complex of three towers that resemble curved sails, sculpted in stone and etched with wave-like aluminum bands, that appear to swim across the surface of the Earth when viewed from the air.

Zhang Xin, the billionaire property developer who heads SOHO China and commissioned Hadid to design the complex, lashed out against the pirates during the Galaxy opening: “Even as we build one of Zaha’s projects, it is being replicated in Chongqing,” a megacity near the eastern edge of the Tibetan plateau. At this point in time, she added, the pirates of Chongqing are building faster than SOHO. The original is set for completion in 2014.

Hadid, if she chooses, can take solace in that the copycats are paying her the highest compliment. Now if only they’ll give her the proper credit.

Here’s what the finished Wangjing SOHO is supposed to look like: 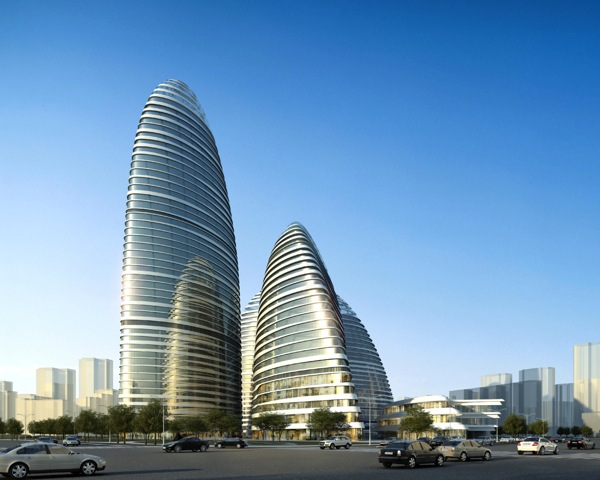 One Response to “The Race Is On: Construction Of Zaha Hadid’s Wangjing SOHO vs. Its Chongqing Counterfeit”