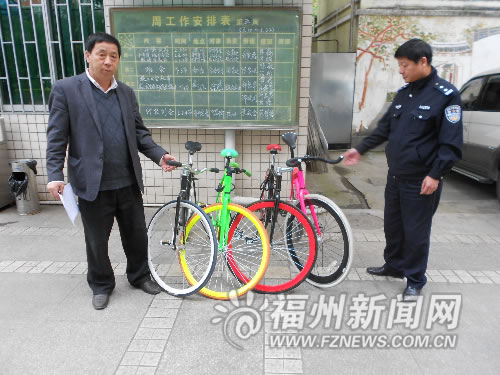 Alec Ash’s April 1 joke about fixed gear bikes being banned around the Drum and Bell neighborhood, that roost for Beijing hipsters, was closer to truth than we imagined. As Abe Sauer of Brand Channel points out in his recently published piece:

China’s brewing war on fixies, the ubiquitous accessory of US hipster culture and an increasingly popular creative outlet for free expression for China’s similarly hip youth, is very real. And further actions like those in Fujian and Beijing could turn out to be a blow to a market that is just beginning to blossom.

“If the ‘fixie’ has no brakes, it cannot be ridden on the road and the police will punish riders according to the law,” read the March 26 declaration from the Beijing Morning Post. The Post had noted that in Fujian’s Zhangzhou city, a 13 year-old girl riding a fixie without brakes was recently killed in a traffic accident.

On April 1, the same day the foreigner blog posted its April Fool’s joke about a fixie ban, Xinhua reported that Zhangzhou had banned fixies and The Fujian Provincial Educational Department was calling for an educational campaign that, amongst other things, included ten minutes at the end of the school day to “warn students about fixed-gear bikes and other unsafe transport means.”

Sauer’s article goes on to explain that locals hold misconceptions about what a “fixie” actually is (in Chinese, it’s called 死飞 [sǐfēi] bikes, literally “death flight”), and wonders whether increased regulation will curb fixie growth.