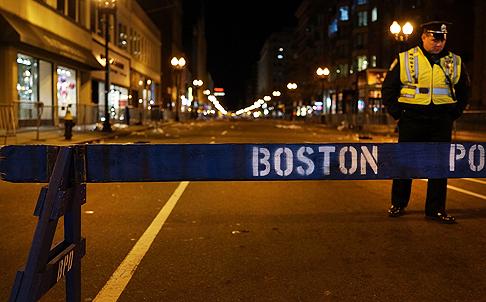 Martin Richard, Krystle Campbell, and an as-yet unidentified Chinese national, whose family has requested anonymity, according to Xinhua, are the three killed at the Boston Marathon. Reports are that the third victim was a graduate student at Boston University, came from Shenyang, Liaoning province, and was a graduate of Beijing Institute of Technology.

The deceased was with two friends, one of whom was identified yesterday as Zhou Danling, also a graduate student at BU.

According to USA Today:

In a letter of condolence, [university president Robert] Brown said: “I write to you with great sadness to inform you that one of the fatalities in yesterday’s bombing near the finish line of the Boston Marathon has been identified as a Boston University graduate student.”

“Our hearts and thoughts go out to the family and friends of both victims,” he wrote.

The Boston Globe reports that in a statement from the Chinese consulate, the other injured Chinese student was identified as Ms. Lv Lingzi, who “was still missing.”

Meanwhile, Offbeat China and chinaSMACK have translated some netizen reactions, while a Hong Kong runner gave his firsthand account to SCMP.