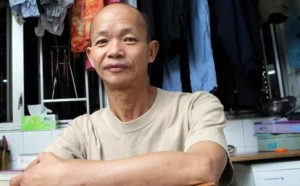 What separates losing 10,000 dollars from not losing it?

The honesty of the person who finds the money, nothing more.

In Hong Kong, 23-year-old pub manager Lin Ho-kit fell asleep on a bus and dropped a small bag containing HK$74,000, or about 59,000 yuan ($9,500). Other passengers, probably not knowing there was a small fortune inside, kicked the bag off the bus, where it was scooped up by 60-year-old Chan Chung-lam.

When Lin got off the bus at Dundas Street, Mong Kok, he realized he had lost his money. We’ll let SCMP take over from here:

“He immediately jumped into a taxi to chase the Kowloon Motor Bus vehicle on route No 68X to a bus terminus in Jordan,” a police officer said.

When he failed to find the money on the bus, he called the police and was told he could collect it from Cheung Sha Wan station. Police said the man proved he was the owner by giving specific details about the cash.

“He was able to say the exact amount and tell us what materials were used to bind the wads of banknotes,” the officer said.

Chan, you see, had taken the bag to Cheung Sha Wan police station. For his honesty, he will likely receive a “Good Citizen’s Award,” whatever that is. It probably isn’t worth 59,000 yuan, but he will forever have the admiration of fellow do-gooders, whose deeds give us all comfort.

Also, free beer for life from Lin’s pub, we can only hope.