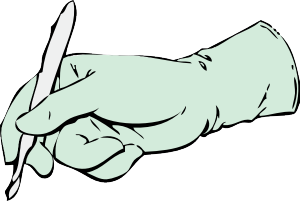 A 67-year-old man surnamed He who went in for a doctor’s visit earlier this year got a bit more than he asked for, according to an article published on Saturday on People’s Daily via China Business News.

On February 8, He went to a hospital in Shangluo, Shanxi province complaining of swelling and discomfort around his genitals. In subsequent visits, doctors diagnosed him with penile cancer and rushed him — “pressured,” according to He’s family — into surgery.

On April 2, He went under the knife. A day later, doctors inspected the biopsy. On April 5, the results came back: there was no cancer. Instead, the discomfort was caused by a cyst on the foreskin.

In addition to a scar the size of a belly button, “this result caused much grief and indignation,” writes China Business News. The surgery also does not appear to have gone well — it was performed “approximately six millimeters from his penis,” according to Want China Times, which is much too close – as He now suffers from increased pain and reportedly has to squat to urinate.

The hospital now admits that they should have taken the biopsy before the surgery. The family is considering legal action.

POSTSCRIPT: Do not google image search “penis surgery” if you know what is good for you.