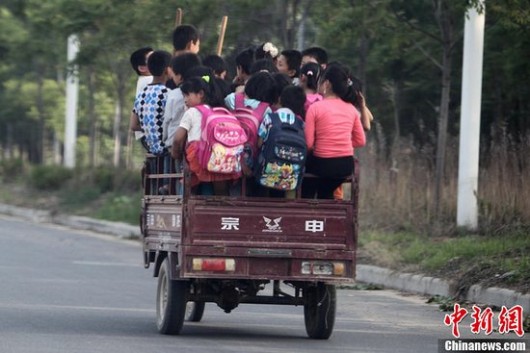 The pics — a corollary to this — are from China News via MIC Gadget, which reports:

A Chinese woman was seen driving a fully packed motor tricycle carrying 31 schoolchildren back home from school in Zhongmou county, Henan province, central China. A small girl approximately of the age of 10 was holding the steering wheel as if the tricycle was driven by her. 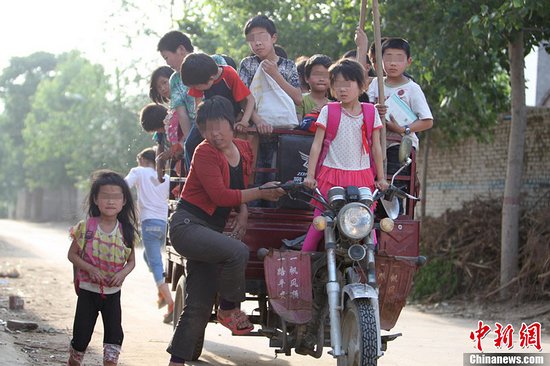