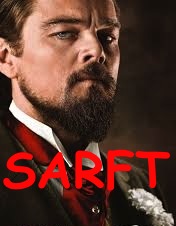 What does a false start and a censor’s curse get you?

An opening that is kind of terrible.

Django Unchained, after its premiere was unceremoniously pulled and indefinitely delayed last month, returned to mainland theaters on Sunday, five days after it was supposed to. It earned 3.7 million yuan. Not US dollars… yuan.

Here are three random films that made more money than Django Unchained’s $601,800 on Sunday, according to Box Office Mojo:

But that’s not fair, of course. Those movies were shown in the US. How about some context for Django, eh? Hollywood Reporter:

Django‘s shortfall could be accredited to the scale of its release, with the film taking only 10.3 percent of the 68,000 screenings across the country on Sunday. The film was slated to take up about 17 percent of shows in China for its original release on April 11 before the country’s film regulators intervened.

Let’s see if we can make the context bleaker. SCMP:

Gewara.com, a mainland ticketing website, said Shanghai and Beijing reported fewer than 6,000 people buying tickets for the film on Sunday, compared with 50,000 for Oblivion.

The UME Cineplex in Shanghai reported an occupancy rate for Django of just 50 per cent on Sunday, and Beijing’s Wanda International Cineplex was only at 30 per cent, the China Daily reported.

Slow clap for you, SARFT. Slow clap for you, “film regulators.” Millions of dollars down the drain — millions of yuan that could’ve gone to you, but instead has been funneled to the pirate DVD market — and all for what? One scene? One moment that would have — again, what? — shocked your citizens to murderous ecstasy? Incited rebellion?

Everyone hates SARFT. Everyone needs to continuing hating them.

One Response to “Django Unchained Opens In China, Does Worse Than “So Young,” “The Croods,” Etc.”