Authorities are searching for a suspect they believe caused a bus fire in Xiamen, Fujian province during evening rush hour on Friday, killing 47 people and injuring 34.”Some witnesses said they heard explosions about ten minutes after the fire broke out,” reports Xinhua.

Fifteen students who had just completed tests were on the bus, according to a press conference held earlier today.

And this, via AP:

Among the clues, Xinhua said, was that investigators found traces of gasoline on the wreckage, though the bus ran on diesel fuel and its oil tank and tires remained intact.

“It’s a serious criminal case,” the Ministry of Public Security, the national police agency, said in a statement on its website. Xiamen police declined further comment.

A photo of the suspect: 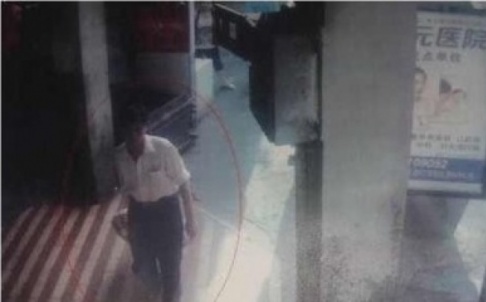 UPDATE, 8:39 pm: The arson has been identified as Chen Shuizong, who also died in fire. Via AP:

Police identified him as Chen Shuizong after an on-site investigation, interviews and examination of evidence, including DNA, a government notice said. It said Chen was a local resident born in 1954 and that police found a suicide note in his home.

He was unhappy with life and set the fire to vent his anger, the city said. Xiamen’s municipal government issued the notice Saturday through state media and a Xiamen police microblog.

Scenes from the aftermath:

And these pictures via Global Times: 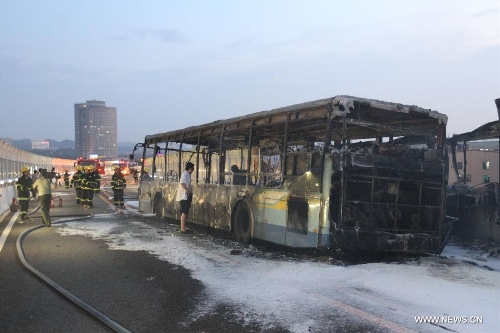 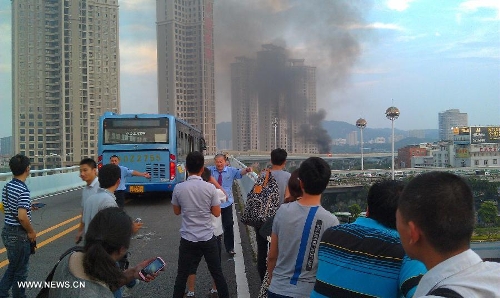 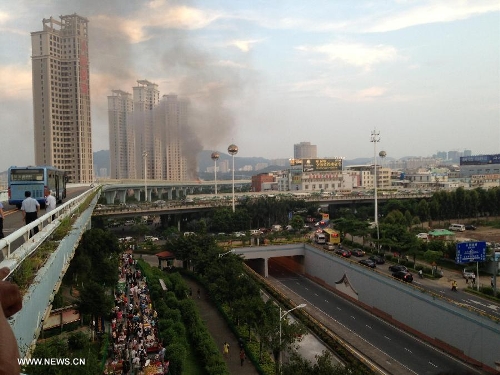 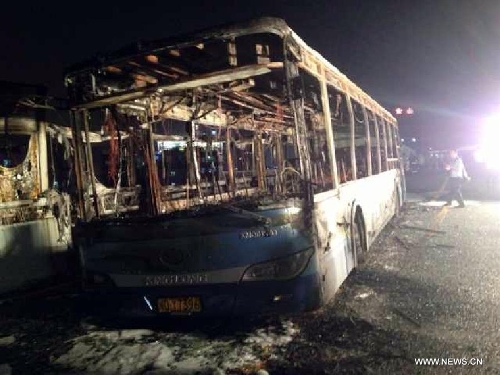 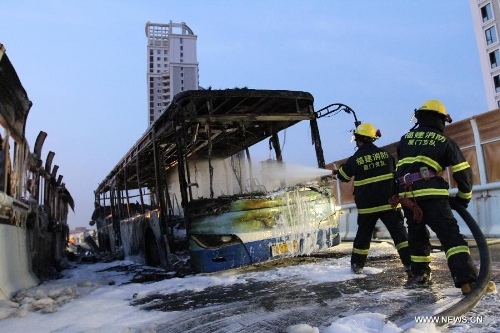 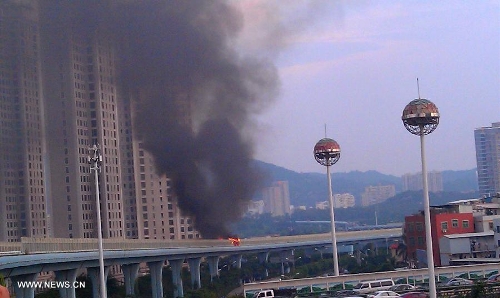