“A few hundred” people showed up to a pro-Edward Snowden rally in Hong Kong on Saturday, the city where the NSA whistleblower is believed to still be residing. Reports Reuters:

Marchers gathered outside the U.S. consulate shouting slogans denouncing alleged spying operations aimed at China and Hong Kong, but the numbers were modest compared to rallies over other rights and political issues.

“Arrest Obama, free Snowden,” protesters shouted outside the slate grey building as police looked on. Many waved banners that said: “Betray Snowden, betray freedom”, “Big brother is watching you” and “Obama is checking your email”.

Hong Kong’s unpopular leader, CY Leung, had this to say:

“When the relevant mechanism is activated, the Hong Kong SAR Government will handle the case of Mr Snowden in accordance with the laws and established procedures of Hong Kong,” he said.

“Meanwhile, the government will follow up on any incidents related to the privacy or other rights of the institutions or people in Hong Kong being violated.”

In the past few days, Snowden has claimed the US hacks both China and Hong Kong, violating the rights of institutions and people in Hong Kong. The government will probably not follow up on that.

For a really comprehensive round-up of pictures, video, and articles from Saturday’s rally, check out the blog Hong Wrong. Apparently a letter was also handed to Ambassador Steven Young, citing Article 8 of the UN declaration (human right to a private life). 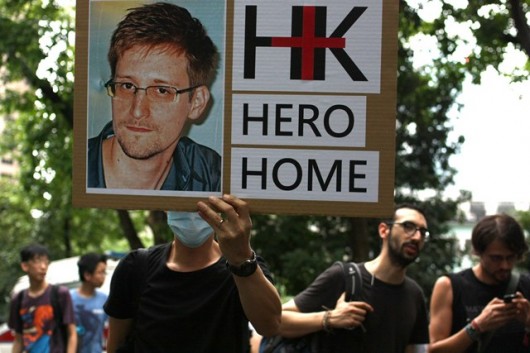 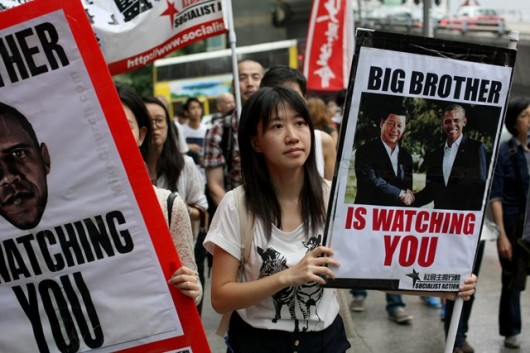 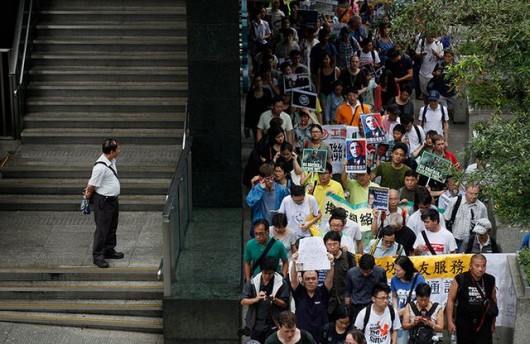 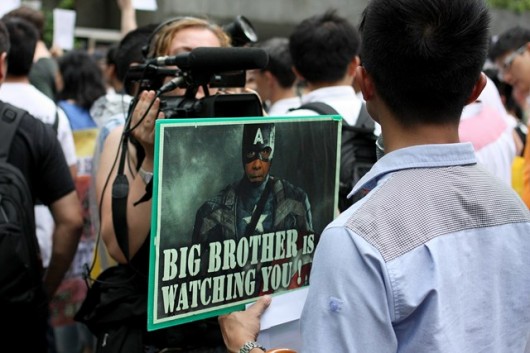 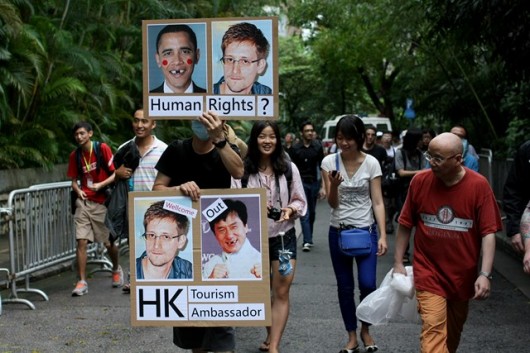 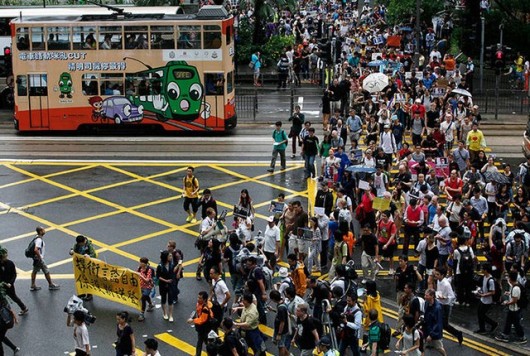 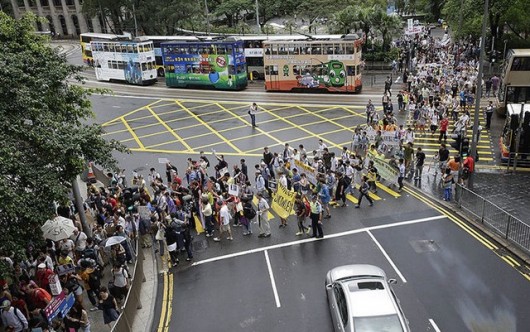