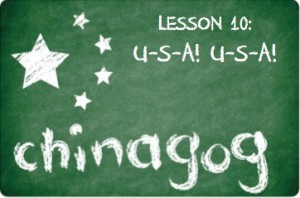 Another year has come and gone and America continues to noisily barrel on into middle age. The Fourth of July has always been my favorite holiday. It doesn’t come with any of the social burdens and anxieties of Christmas and Thanksgiving. The political implications are pretty minimal as well. While it’s technically a celebration of the US throwing off the shackles of our tea- and gin-soaked oppressors and their shilling-and-pencing sales taxes, it generally lacks the nationalistic bluster and bravado of, say, Chinese National Day. There are no military parades. It doesn’t generally prompt discussion of America’s place in the world, nor how the country will cope with its status as an aging superpower. The freedom that we celebrate isn’t focused on the political but rather the personal: it’s a day leisurely spent drinking beer, throwing steaks, hot dogs and burgers on the grill, and shooting the shit with your friends and preferred family members. When the sun goes down, you head to a park to soak in some fireworks, or you set off the stash of explosives you smuggled across the Wyoming border. A few kids inevitably blow their hands off with M-80s and everyone calls it a day.

And that brings me to this: “American culture” can be a tricky subject to approach as an English teacher in a foreign country. An important part of learning any language is understanding the culture that spawned it, and many schools explicitly integrate Anglophone culture into curriculums. However, problems can arise when teaching about a holiday so overtly celebrating a revolutionary act (albeit one essential to the American experience) in countries where political freedom is much more restricted. China’s an obvious example, but many popular TEFL destinations around the world are lacking in their human rights, including much of Southeast Asia and large swaths of the Middle East.

Student interest in American culture was a mixed bag, and something to be approached with a high amount of caution. I never brought up politics unless my (older) students brought up specific issues, and even then I remained as neutral as I could be. Surprisingly, food, which I’ve found is generally the easiest thing to use to engage strangers in small talk, was a yawn-inducing affair. That’s probably partly owing to the fact that most “Western” restaurants are neither Western nor generally edible. One class in particular was impossible to engage on cross-cultural terms, the one that laughed at me when I accidentally called myself a “silly cunt.” I made up slideshows highlighting the differences between Chinese mountain trips and those in my native Colorado. I tried to build excitement for American holidays, but the only thing even slightly interesting to them was Christmas, which I absolutely abhor. American schools versus Chinese schools? Nope. The only thing that really perked them up was learning that I’d fired my first gun at seven years old, and that my redneck brother in law gave me a .410 shotgun when I turned thirteen.

Integrating national holidays when teaching other languages can be far less politically charged than teaching about the Fourth of July. Bastille Day is a great example. It marked the beginning of a long political reform in the country, and it’s certainly one of the most important events in modern French history. However, French culture had been developing for well over a thousand years prior and it didn’t create any fundamental shift in French identity. July 4, 1776 is arguably not only the birthday of America as a separate political entity, but also of the country’s separate cultural identity. The definition of what exactly it means to be an American has radically shifted over the years, through the abolition of slavery, the (long) struggle to politically enfranchise women and African Americans, to the neverending debate about the place of immigrants in American society, both legal and illegal. Throughout all of this, the Fourth of July has remained a touchstone for the American conceptualization of freedom.

And now that I’ve written my way all the way up onto quite the tall horse, let me backtrack a minute. The ideas that America espouses are all well and good, but the American government is often populated by packs of hypocritical cunts. The current NSA-Snowden circlejerk is an obvious example, but the US has spent most of the last fifty years less promoting democracy and aforementioned American ideals than protecting its economic and diplomatic interests. It’s far from an ideal country, but that’s what makes the Fourth of July so important to us.

Which brings us back to teaching: how do you teach about a holiday entrenched in American cultural identity that also contains elements of politics and nationalism? Maybe you don’t. If students are engaged enough in a language to find out more about the countries where it came from, they’ll probably ask you about it first. I’ve had some wonderful political discussions with adults from all over the world, but only when they expressed initial interest. I’ll occasionally teach about the history of the English language to point out why it’s so grammatically fucked and inconsistent, but only when it comes up during a specific time in a specific lesson. Controversial topics like guns and crime are sure to capture students’ attention, but tend to focus more on the negative aspects of the US. It’s really hard to get over the harped-upon concept of American exceptionalism until you meet wide segments of people who rightfully don’t give a shit about your country.

Today in class I mentioned that today was America’s birthday, handed out pennies as rewards for good participation, and left it at that.

Of course, once I was back in the teacher’s lounge, I made sure to yammer on about freedom and pride of ‘Murica, all while ad-libbing stanzas of “God Bless the U.S.A.”

Previously: Our Columnist Prepares to Move to Vietnam