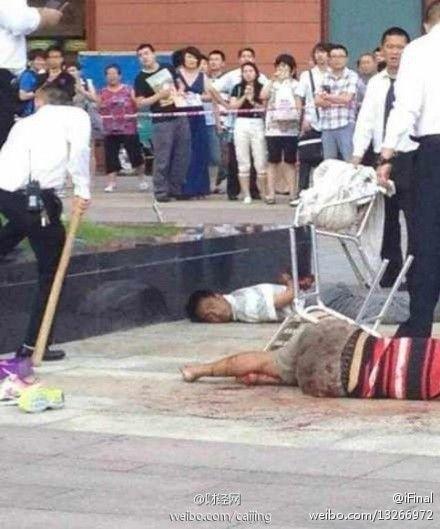 At around 5 pm today, a mentally deranged man from Yishui, Shandong province fatally stabbed two people outside Chaoyang Joy City shopping mall in Beijing. He is currently in custody.

Among the dead is a foreigner. UPDATE, 7/23: An American, the US Embassy has confirmed. No other details are currently known.

More information as it becomes available. In the meantime, disturbing pictures of the scene are beginning to appear on Sina Weibo, which you can check out below. 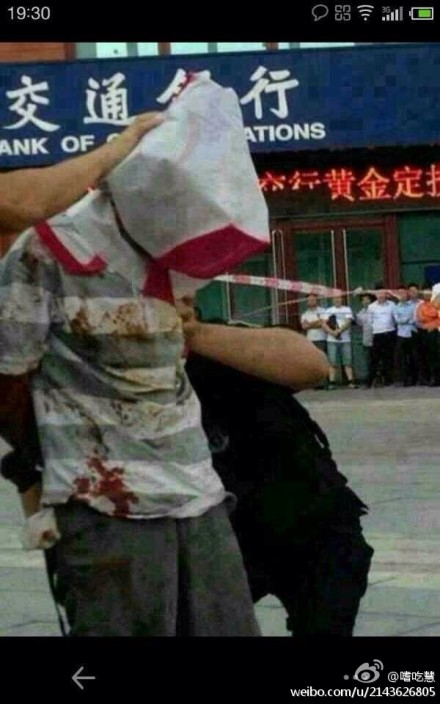 
UPDATE, 7/18, 2:48 am: We’re reminded of the previous knife attack in Beijing just this May, when an attacker from Heilongjiang also killed two people before being suppressed by police.

The previous time a foreigner was killed in a random act of street violence was in July 2012, when an American was fatally stabbed in Xicheng district.