China picked a representative on Sunday for September’s Miss World competition, 25-year-old Yu Weiwei. Couldn’t they have done it without stiffing the rest of us on the booze and afterparty, though? Text and pictures by Anthony Tao, with contributions from RFH. 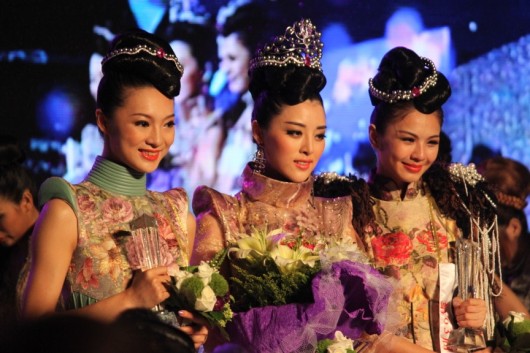 Occasionally in showbusiness or sports, the odds against a performer’s success are so stacked that the audience chooses, out of the goodness of human compassion, to root against probability. It’s why we pull for Celtic FC when they face Barcelona, or Susan Boyle. I hadn’t planned to cheer for the pageant contestants of Miss World China on Sunday at Galaxy SOHO — hadn’t not planned to cheer, as planning these things one way or another would be odd – but a realization dawned upon me sometime between the rain and the fake applause piped in through the sound system: these girls are all underdogs in their own spotlight. They deserve better.

At one moment, the hosts came on stage to postpone the competition due to drizzle. A minute later they changed their minds and asked the crowd whether they wanted the competition to continue, fully expecting some — and I don’t know why they would expect this out of a Chinese crowd — enthusiastic, ebullient cry of affirmation. “Meh,” came the reply.

“This side, do you want the show to go on?” the hostess implored. “This” side of the crowd almost clapped — you can watch this scene in the video embedded below.

“What about this side, do you want the show to go on?” she asked the other side, pushing her luck. Nothing. No chirp. A few people might have blinked. It was a tragic reaction.

When she asked again, the host next to her uttered a desperate, Howard Dean yelp into his microphone, so sad it doesn’t deserve another word of mention.

Sadder yet was the barricade that kept out the people who truly wanted to get in, who might have appreciated this spectacle more than the Miss World clients and PR agents who were gifted free tickets. At one point, a woman carrying a toddler squeezed through a crack in the barricade, only to be blocked by a security guard, a young man who, one could tell, wanted to let this woman through, but didn’t because he’s young to the ways of China and felt obligated to his work. She was eventually ushered out, as were other poor chaps who didn’t look like they belonged — who weren’t in skinny black dresses, ironic suits, purple button-ups or tight jeans, holding SLR cameras or iPhones, happy to be seen.

Against a backdrop of disinterested spectators, contestants sashayed in bikinis, ill-fitting gowns, and costumes with too many flounces, sequins, and popped-up collars. You can imagine the hours of coaching that went into their slow walks, with former pageant queens barking at them, “You have to surprise yourself!” Some wore expressions that matched their clothing — overdone — while others tried their damndest to let a bit of inner glow shine through the plaster on their faces, and still others went ambitious, aimed for sultry — came away with bottled-tantrum faces, probably, but the effort was admirable. They tried, they made an honest go of it, and goodness, they deserved our appreciation.

Near the end of the night, with the girls together on stage for the grand finale, at least two contestants began crying. One of them, No. 14, was asked to say a few words, and she managed, “I’m very emotional because we all tried so hard, and I feel happy for everyone.” That felt real. And if it wasn’t, it was at least a good show — sadly wasted on us.

The winner was No. 8, Yu Weiwei, who can almost be considered a beauty pageant lifer, as she finished second runner-up in this competition in 2011 and 2009. She was presented the crown by last year’s winner of Miss World, China’s very own Yu Wenxia.

As for the rest of the night, here’s RFH, editor of That’s Beijing: 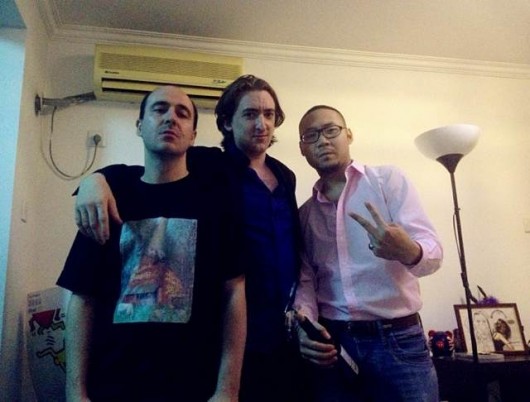 The rain, though never that much worse than fine sheet of drizzle, was always going to put a dampener on things. I went off with a colleague in search of beers – there were no refreshments in the event – and found a nearby 7-Eleven, where I purchased a half-dozen editions of Erdinger weiss beer. In the course of time it took for us to drain a can each – maybe 20 minutes – I got messages saying my guests had arrived, no one knew what the fuck was going on, where was I and the pageant was over; everyone had gone home. Huh?

Turns out the after-party wasn’t at the obvious location – the one where the pageant took place – but at Suzie Wong’s, a couple of miles away. In the rain. Did I mention that, whenever it rains, Beijing stops? It just keels over and dies. If you’ve made plans, you can forget about them, coz it’s over, boy. It’s raining. Where’s the Spirit of the Blitz? I don’t even know who won the competition. Getting to Suzie’s was a drag. We stopped off at Great Leap for some reason: pre-gaming for Suzie probably. By the time we got to the club, it was past midnight and the free drinks had stopped. But the managers took pity on our drowned-rat appearances and gave us some gin-tonics. There was little sign of any Miss World folks or glamorous models. Just us, of course.

We reluctantly repaired to the nearby Black Sun black hole for cheap beer and cheaper pool. There were a couple of Sunday drinkers already passed out – a blonde and a Chinese guy. They had the right idea. 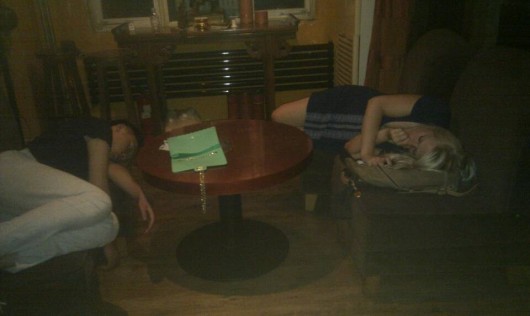 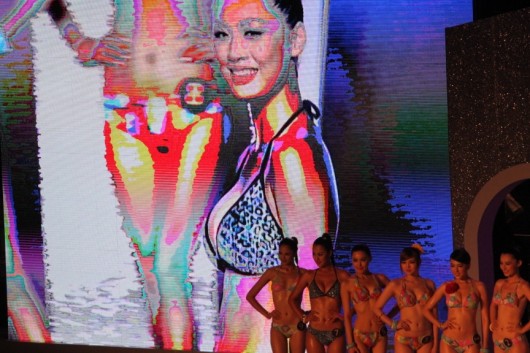 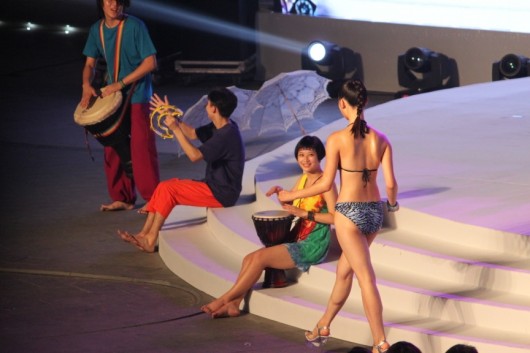 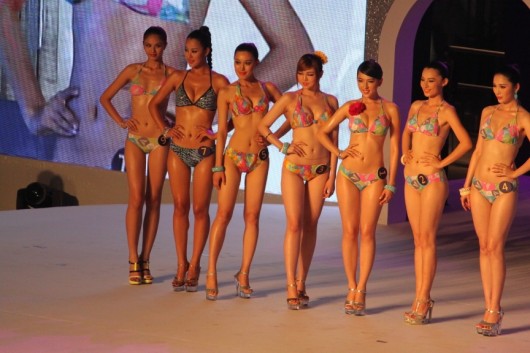 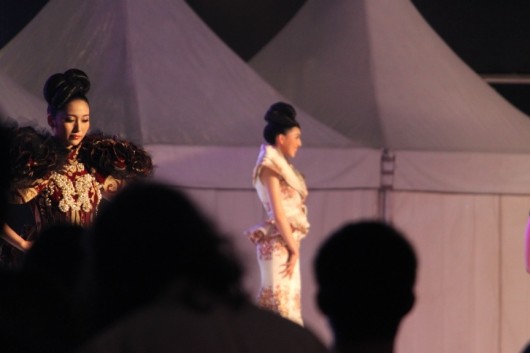 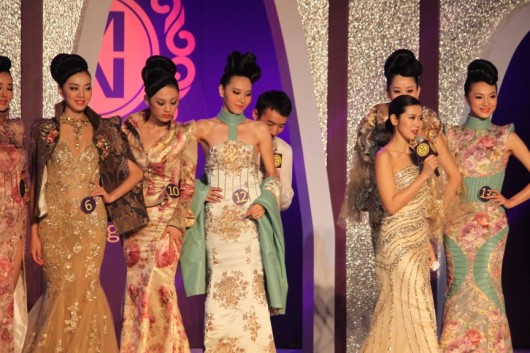 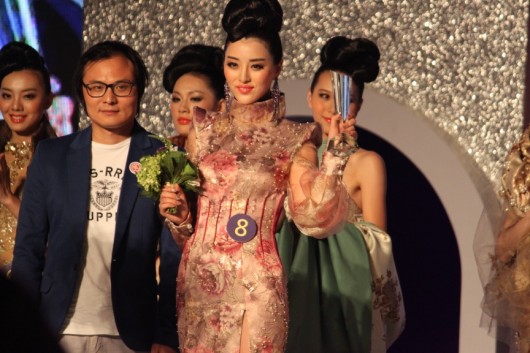 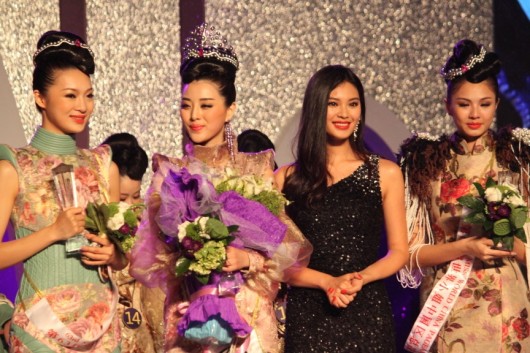 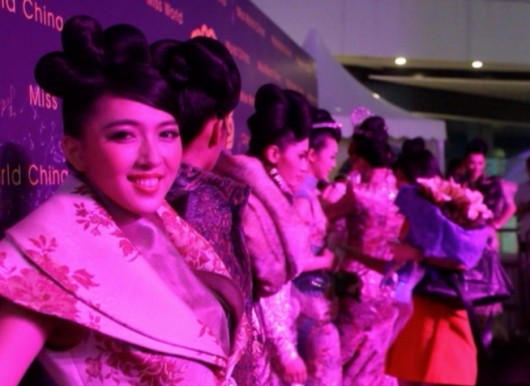 And finally, our surroundings: 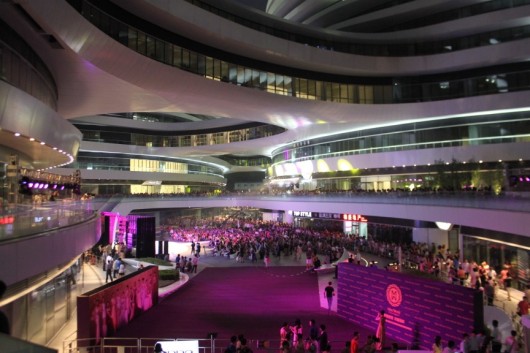 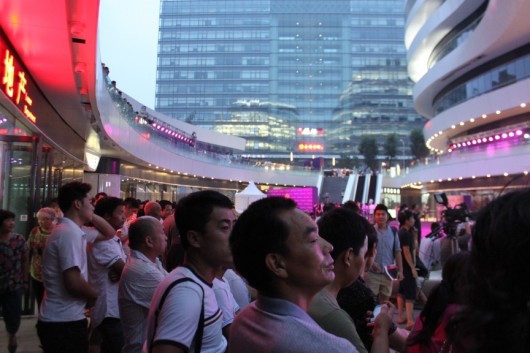 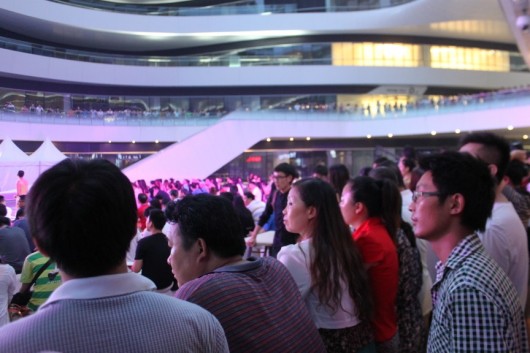 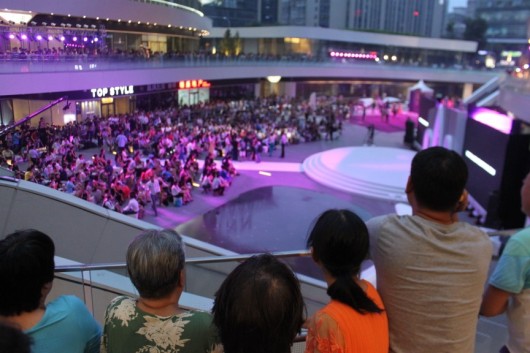 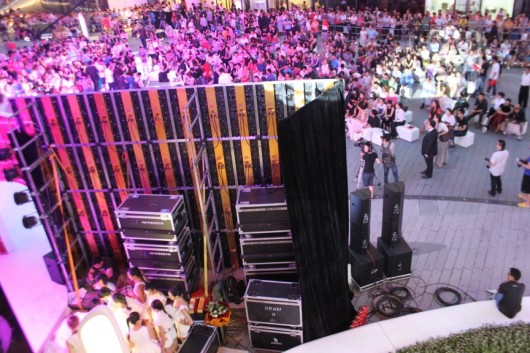