Thunderstorms in Shanghai on Friday caused massive flight delays and more than 100 cancellations in the city’s two major airports, Hongqiao and Pudong, and as you might expect, tempers boiled over. We don’t know how many dozens of arguments broke out in terminals around the city, and how many of those turned into fights, but at least one was caught on camera. It involved — yes, once again — China Eastern Airlines.

Shanghai Daily has this report:

Both employees sustained bruises in the attack.

Another man, Luo, 26, was detained for 10 days for grabbing a policeman’s badge “and hiding it because he was angry about a flight delay.” We know delays are frustrating, particularly when they seem to happen all the time, but one should definitely never mess with police officers’ badges.

The delays continued into Saturday, with outbound flights held up one to four hours. (At least it wasn’t a three-day delay, which Shanghai has seen before.) There is a lesson here, which I hope we all take to heart: when at all possible, take the train in China. 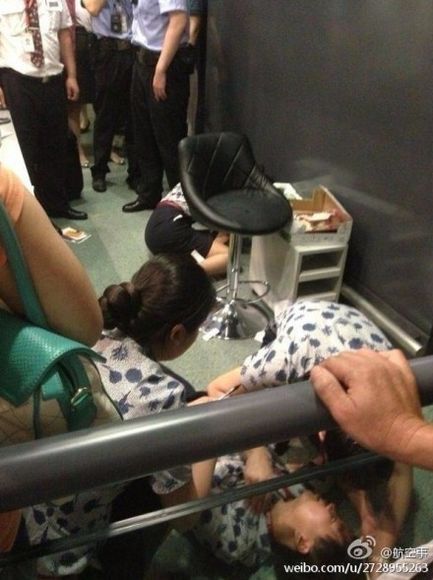