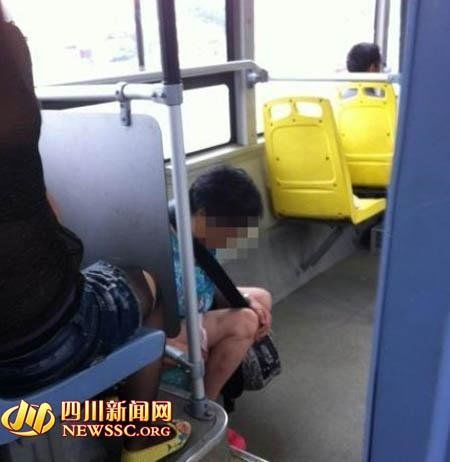 If you have the special misfortune of being photographed or filmed pooping in public, you’re basically guaranteed to make the news. That we would see, once again, someone pooping on public transportation is not at all surprising or noteworthy.

Sina English’s write-up, however, is exceptional.

Here’s how it began:

Whoa. Call it like it is, Chinese media. How unlike you.

“A woman shit on a bus in southwest China’s Sichuan Province on July 4,” so goes the story’s lede.

It was reported the old woman suffered a suddenly pain in the stomach and shit on a dustbin.

The woman reportedly apologized to fellow passengers and cleaned up after herself, so really, she probably deserves none of the ridicule that’ll go her way. Let’s see how you handle bowel pain, eh?

But man, Sina… “Woman shit on the bus in Sichuan” is really… bad. Minging, one might say. Fetid.

In case the story gets amended by a native-English-speaking editor, here is the original in full: 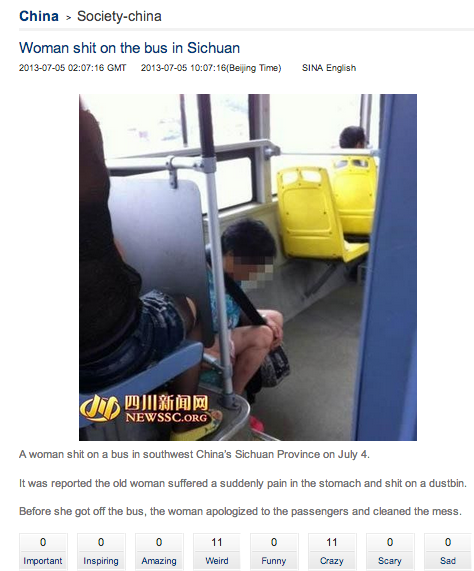