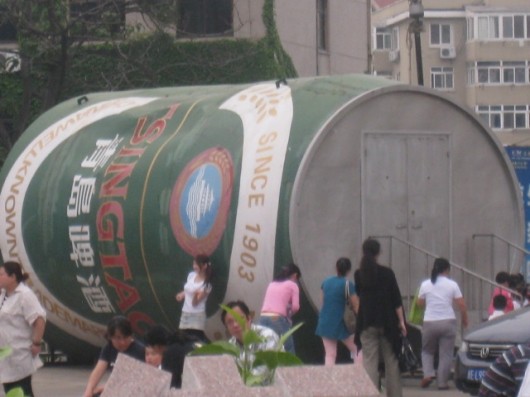 For the second straight year and the third time overall since 2010, the Hong Kong-based China Institute of City Competitiveness (CICC) has ranked Qingdao, Shandong province No. 1 on its China Urban Competitiveness Ranking, essentially calling it the happiest city in China.

Called the “Eastern Switzerland,” the city is an important seaport, naval base and industrial center in China. Its beautiful coastline and a unique blend of sea and mountains also make it one of the most popular travel destinations around the country and the world.

Once again, Beijing and Shanghai are not in the top 10. They’ll — we’ll? — have to settle for a villanelle.

To China one comes to see and be seen,
The peaks, the temples, the Bund and the Square,
Beijing and Shanghai, Shanghai and Beijing.

Off on a bike, a rickshaw, a T train,
Or even China Eastern if you dare,
To China one comes to see and be seen.

The real China you seek, the gritty and lean,
Beyond the Wall, the hutong, the chic lane lair,
Leave Beijing and Shanghai, Shanghai and Beijing.

Gah! The shovers, the gawkers, So insane!
You exclaim, cracking a grand cru sans a care
Back in Beijing and Shanghai, Shanghai and Beijing.

Adventure you sought, and drinks, not the obscene,
Not culture, nor language, not a babe’s poopy rear.
To China you came, to see and be seen
In Beijing and Shanghai, Shanghai and Beijing.

For the most part, CICC’s list makes sense. We’ve seen a lot worse.

One Response to ““The Real China,” A Villanelle About Beijing And Shanghai”