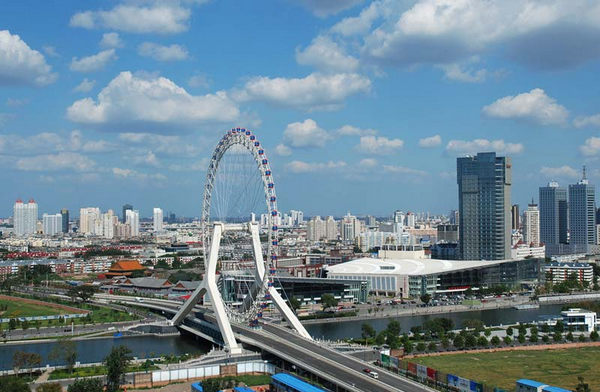 They’re not even trying anymore. Xinhua published a slideshow today of the “Top ten happiest cities in China,” according to a CCTV survey, and the list goes:

It’s as if this conversation actually happened in a CCTV conference room:

Executive 1: “You know, no one believes anything we say anyway, why don’t we just poop in their mouth?”

Executive 2: “Hefei is a real shit-hole. Gu Kailai just got sentenced there, so that’s tourism cha-ching.”

Executive 2: “And Taiyuan, in Shanxi. They used to have coal, but even that’s disappearing.”

Executive 1: “I eat pollution and construction cranes for breakfast. We’ll put it No. 2.”

Executive 2: “Changsha is known as one of the hottest cities in China.”

Executive 1: “OK, No. 5. Hey, hasn’t Tianjin been called the smelly armpit of Beijing?”

Executive 2: “Obviously an Inner Mongolia city has to be on the list.”

Executive 1: “Agreed. That province is practically an Oompa Loompa den of happiness.”

Executive 2: “We need a city from Hebei, Shandong, and Henan.”

Executive 1: “That can’t be too hard. Randomly point at something on the map.”

Executive 1: “I don’t mean dirt poor. Like, so poor that no one’s even heard of it.”

Executive 2: “Brilliant. Now to balance it out with something in the news and violent…”

The men look at each other and think for a second.

They high-five, throw back sifters of baijiu, lean back and pat their exposed bellies.