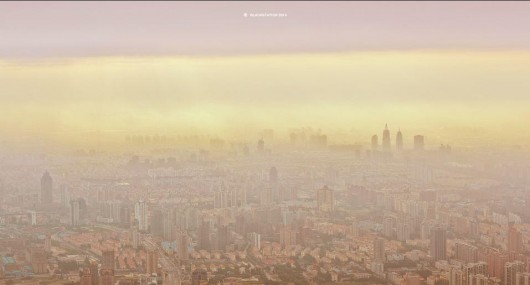 Shanghai, by Blackstation, via Ivan Petrov

Top of the week to you, with links.

Bob Fu claims NY Times mischaracterized him. “The most famous person I’ve helped is the blind lawyer Chen Guangcheng, who defied Communist authorities by documenting the scale and scope of forced abortions. Though we didn’t share the same faith — I converted from atheism to Christianity while living in China, while Chen is not a Christian — I believe that no person should face abuse and torture for their beliefs. Chen’s story of perseverance and his courageous escape to America are inspirational, and I’m thankful for the small role I played. // Sadly, Andy Jacobs, who wrote about the controversy surrounding Chen’s departure from New York University, wrote falsely about me in his transparent effort to defend NYU and critique me and others who’ve tried to help Chen.” (Bob Fu, National Review)

Third death in Asiana 214 crash as Chinese schoolgirl dies of her injuries. “The name of a girl who died of injuries suffered in the crash-landing of an Asiana Airlines flight in San Francisco recently has emerged early Saturday. // Chinese state media have identified her as Liu Yipeng. China News says she went to school with the other two victims killed in the crash. They were both 16. // She died Friday morning at San Francisco General Hospital where she had been in critical condition since the July 6 accident.” (CBS San Francisco)

Asiana plane crash victims: the other reactions. “In recent days, controversy has swirled around the backgrounds of Wang Linjia 王琳佳 and Ye Mengyuan 叶梦圆, the two Zhejiang middle school students who died in Saturday’s San Francisco plane crash, with some Chinese netizens saying: ‘good riddance’ (好死了). While scrubbing of unsavory content from sites like Sina Weibo can make it difficult to gauge what portion of Chinese web users evinced happiness at the girls’ untimely death, one commenter on NetEase, one of China’s largest news portals, was far from alone in saying ‘a traitor in disguise is still a traitor, and most traitors to China are the children of the corrupt or tax-evaders – those who have become wealthy immorally. We’ll let God decide their punishment.’” (Danwei)

A needed Good Samaritan law, in trial-run form. “And on August 1, the Shenzhen People’s Congress will finally implement the nation’s first Good Samaritan law. The Shenzhen Special Economic Zone Good Samaritans’ Right Protection Regulation was quickly nicknamed the ‘Good Person’s Law’ and in 700 characters and 10 bullet points it outlines how altruists will be protected in the city, Xinhua reports.” (The Nanfang)

Um… yeah… “A 23 year-old stewardess for China Southern Airlines died on the evening of July 11 after being electrocuted when she was speaking on her iPhone5 while it was charging, Kankan News reports.” (The Nanfang)

“Haze.” “The incessant haze, which occurred in the first half of 2013, shrouded nearly 1/4 of China and affected about 600 million people living there, revealed a government report publicized on the website of National Development and Reform Commission (NDRC) on Thursday.” (Sina)

Your reminder that the Asian Youth Games are coming up. “The Asian Youth Games, scheduled for August 16-24 in Nanjing and closing just a week before China’s 12th National Games kick off, came up with a fantastic way of saving money: a virtual torch relay. The National Games, meanwhile, have gone a different route, getting rid of the excess celebrations, but also reducing the number of competitors and even eliminating two sports.” (The Li-Ning Tower)

Can they be more emotionless? “For the captains of Chinese industry, many of whom have become known as globally aggressive dealmakers, a study session this week organized by State-owned Assets Supervision & Administration Commission must have seemed more like a time out. // Among a litany of requests delivered by SASAC’s vice chairman, Zhang Yi: Control your emotions.” (WSJ)

Qingdao’ers eat algae, because there’s a whole lot of it. “What do you do when invaded by a swath of green algae that’s 11,500 miles wide and looks like Swamp Thing’s back hair? Eat it of course! That’s what Qingdao citizens have done with the massive algae bloom that has consumed their coastline for the sixth year in a row – making everything from algae spring rolls to Tsingtao beer with algae.” (Shanghaiist)

Shenzhen airline buyer’s plight. “Eight years after Li Zeyuan bought an entire airline, earning the wings he still wears today as a legendary investor, the 60-year-old was breathing with an oxygen mask and fighting tears while pleading innocent in a Beijing courtroom.” (Caixin)

you know those online language nazis that no one likes because they're wrong? i just realised I gave them a platform w/ my site

Leftover men vs. leftover women. (The World of Chinese)

“Why are Chinese tourists so rude? A few insights.” (SCMP)