The world has a nameless new panda cub! Let the excitement of that pronouncement slowly settle in.

So. What’s the big deal about this one?

As WSJ’s China Realtime Report explains, “Unlike virtually every other panda born outside the People’s Republic of China in recent years, it will stay at the zoo where it was born.”

The zoo being in Taipei, capital of Taiwan, which, as you may know, has a special relationship with China.

The female cub, born at 8:05 pm on July 6, is the product of Tuan Tuan and Yuan Yuan (tuanyuan means “reunion”). (The mother is Yuan Yuan, 9, who was artificially inseminated in March.) The parents were a gift from the PRC in 2008, only accepted by Taiwan’s Nationalist Party (Kuomintang) after the Democratic Progressive Party rejected a similar offer in 2005.

Below are more pictures of the cub. Yuan Yuan “punctured” the tiny infant’s leg, by the way, so now the cub is in an incubator, but is expected to fully recover. 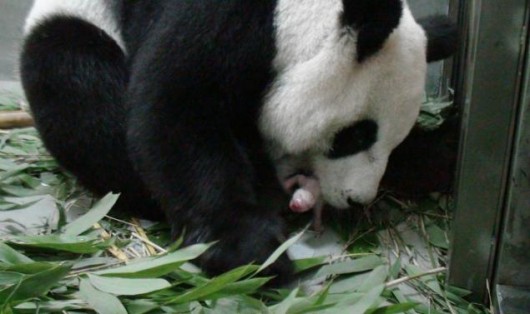 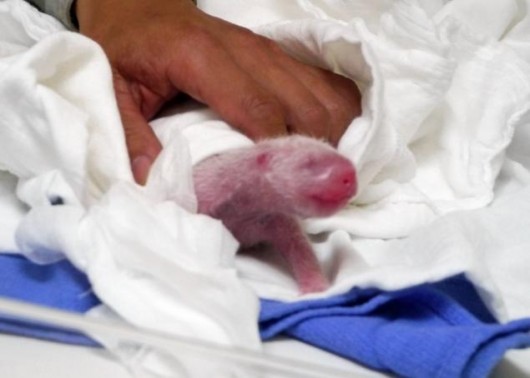 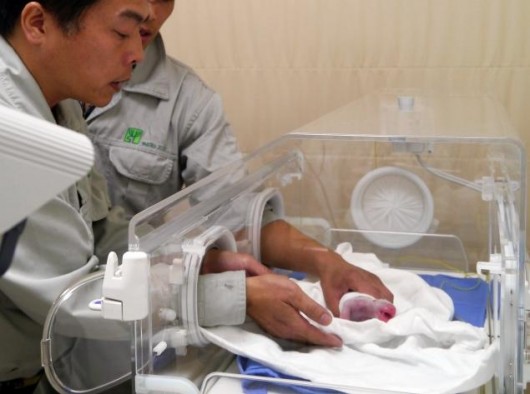