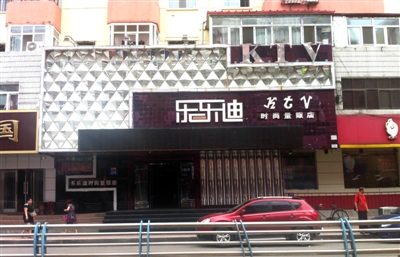 A girl was electrocuted on Monday at a KTV parlor in Harbin, Heilongjiang province, according to Dongbei Net.

Li Lingyu, 21, was performing karaoke with friends when eyewitnesses say she suddenly collapsed onto the sofa, dropping her mic. Three classmates who reached out to touch her all felt electric shocks. Another mic-holding classmate was shocked half-numb, and temporarily paralyzed.

Li had neither breath nor heartbeat upon arrival at a local hospital, and was pronounced dead.

The local public security bureau is investigating the case.

According to a classmate, Li was singing Even in Death I’ll Love 《死了都要爱》, a popular Korean folk song rewritten in Mandarin by the Taiwanese band Shin.

On Tuesday, a reporter visited the KTV parlor where the accident happened and was told the maanger was away. Room 110, where Li died, had been sealed, but other rooms were operating normally.

Let this story be yet another reminder of the dangers of electricity. Earlier this month, 23-year-old air stewardess Ma Ailun was killed by an electric current from her recharging iPhone5. A few days later, a Beijing man, 30-year-old Wu Jiantong, was shocked into a coma, also by a recharging iPhone.