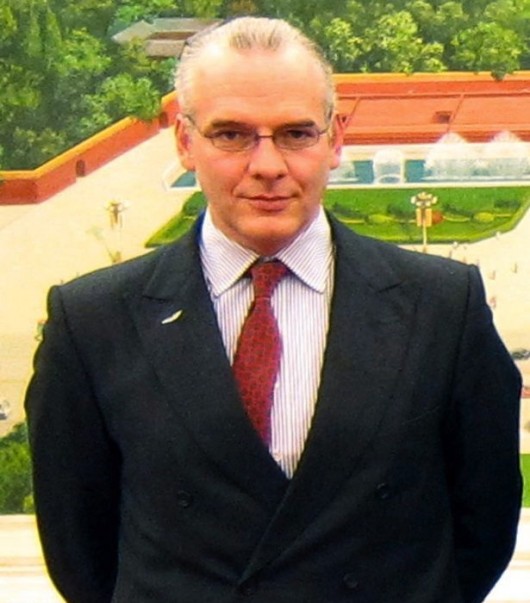 With each day that we still wait for the trial of Bo Xilai to begin, it becomes a little easier to forget what this is all about. Politics, economics, how it affects Xi Jinping’s reforms, and shuanggui, yes, all very interesting, but at the heart of the matter is a murder — the poisoning of British businessman Neil Heywood — and a high-level cover-up that has already resulted in two people — former Chongqing police chief Wang Lijun and Bo Xilai consort Gu Kailai — being given (essentially) 15-year sentences.

Just today, Ann Heywood, the mother of Neil Heywood, has issued a statement to remind everyone of this little inconvenient fact: that Chinese politics is important and all — “not wanting to cause unnecessary embarrassment to the Chinese authorities,” she wrote about refusing all media requests until now — but you know what else would be nice? Justice.

The full statement is below, but it’s the final paragraph that matters:

It is now more than 1½ years since my only son Neil died suddenly in Chongqing, China, at the age of 41. Until now, I have refused all requests from the media to comment on Neil’s death, not wanting to cause unnecessary embarrassment to the Chinese authorities. However, circumstances now compel me to break my silence.

In the months following Neil’s death, it gradually became clear, from media reports and from official Chinese statements, that Neil did not die from natural causes but was murdered. It also became clear that prominent Chinese officials, including a member of the Communist Party’s politburo and a number of senior policemen, were connected with the murder and involved in a systematic coverup.

While struggling to come to terms with my own grief, my overriding concern has been for the security and well-being of Neil’s two children. Now aged just 8 and 12, they are particularly vulnerable to the hurt and horror of their father’s murder and, since Neil was the family’s sole breadwinner, to uncertainty and insecurity, there being no financial provision for their future.

Given the circumstances of Neil’s murder, I have been surprised and disappointed that, despite repeated discreet approaches to the Chinese authorities, there has been no substantive or practical response. I hope and trust that the leaders of this great nation, which Neil loved and respected, will now show decisiveness and compassion, so as to mitigate the consequences of a terrible crime and to enable my family finally to achieve some kind of closure to our ongoing nightmare.

Essentially, a “let’s get it on already.” It’s as if high-level negotiations of Bo’s fate — after all this time — continue behind closed doors, with powerful opinions split on how to move forward, leaving the rest of us in lingo. “Senior Communist Party officials worry that Bo’s core constituency – conservative leftists as well as the economically dispossessed – will be inflamed by a harsh verdict: the death penalty or even life in prison,” reports Reuters. It continues:

The risk is that Bo’s supporters could remain a brake on the reforms that favor private businesses and greater reliance on market forces.

“Bo Xilai still has many supporters and sympathizers in the party, the government and the military,” said a party source, requesting anonymity due to the political sensitivity of the case.

…”It will be difficult to please both factions regardless of how heavy or light the sentence is,” the source with ties to the leadership said.

In a sign of just how deep the ideological rift runs, a recent commentary in state news agency Xinhua’s online edition called for officials and party members to close ranks.

The commentary, published the day Bo was indicted last month, urged officials to “resolutely uphold the central (government’s) decision, not to be afraid, shrink back or hesitate once the order (verdict) is out the door.”

So what do we tell Mrs. Heywood? Sorry? Alas, the murder of Neil Heywood long ago stopped being about him.

The family of a British businessman whose 2011 murder led to the downfall of Communist Party highflier Bo Xilai is seeking compensation of at least 30 million yuan (about $5 million) for his death, according to people familiar with discussions on the matter.