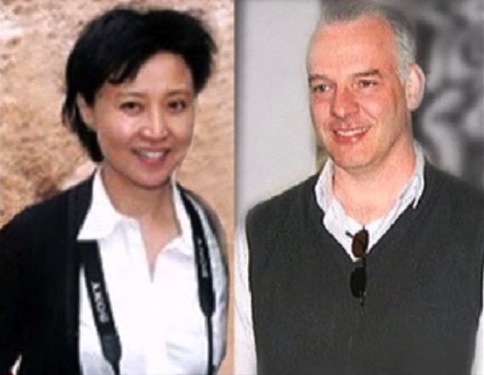 In the most non-suspenseful verdict ever, a court in Hefei, Anhui province (read: the Party) has officially sentenced Gu Kailai to “death with a two-year reprieve” for murdering Neil Heywood, as expected. What this means is that Gu will not be put to death, assuming she doesn’t commit another crime in the next two years. And then it’s off to a plush retirement home — sorry, prison – and no one will remember any of this.

With all due respect to Heywood’s family and associates, if you’re related to a high-level Chinese official here and want to kill someone, make sure the would-be victim is insignificant, has few connections with other Chinese bosses, and, oh yeah, it helps if you have friends within the CCP. Gu Kailai obviously does. She’ll be just fine — though we hear cancer is less forgiving than the Party.

“We respect the court’s decision,” said He Zhengsheng, a lawyer for the Heywood family. He and another witness to the hearing – which was barred to all but a few journalists from official Chinese media – revealed the verdict to throngs of reporters waiting outside the court in eastern Hefei city.

They both also said Zhang Xiaojun, an aide to the Bo household, was sentenced to nine years in prison for acting as an accomplice to the poisoning of Heywood.

As for what this means for Bo Xilai, that is the real mystery. Will he face criminal charges? Could he possibly? We’re about to find out whether he has stronger friends or enemies. Stay tuned.

UPDATE, 12:04 pm: Here’s Donald C. Clarke again with an explanation for why Gu could serve as few as 15 years:

Under Art. 78 of the Criminal Law and a 2011 Supreme People’s Court directive, those sentenced to life imprisonment or a term of years (including as a result of a commuted death sentence) may have their sentences reduced for good behavior (that’s my own term; Chinese law speaks of showing repentance or establishing merit) during their imprisonment. And various forms of good behavior are listed, including (in the 2011 SPC directive) paying compensation. Presumably that will not be a problem for Gu.

8 Responses to “To No One’s Surprise, Gu Kailai Given Suspended Death Sentence”