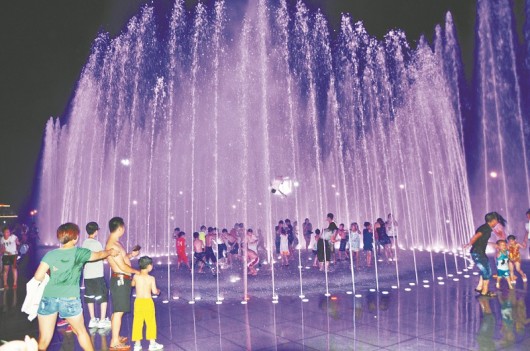 Nice things continue to fall by the wayside. First, check out the above picture, found on several Chinese websites. Chutian City Paper has a good write-up of the incident, explaining that on August 1, a young boy playing in a fountain with high-pressure jet streams in Enshi, Hubei province was suddenly blasted two meters into the air. He landed on his face on the concrete, his clothes torn, face bloody. 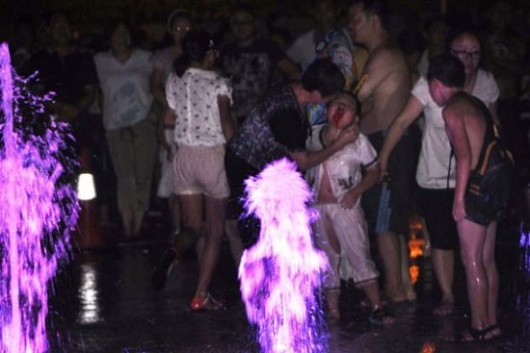 At the end of that newspaper article, we’re provided with three other incidents involving water fountains leading to injury.

In the summer of 2006, a 19-year-old girl in Henan province had her stomach shredded by a jet stream, resulting in years of litigation.

Earlier this year, on June 22 in Weifang, Shandong province, a student was thrown one meter into the air by a jet stream. No serious injuries there, just a lot of frightened children.

And even more recent, on August 14 in Changyi, Shandong, an eight-year-old suffered a ruptured rectum and had to undergo emergency colostomy after being hit with a fountain’s water. Here’s the news report for that incident (on YouTube / Youku).

In addition to all that, earlier this month, an electrical problem from a fountain in a Beijing pet park led to the death of two dogs and their owner.

Of course, four incidents spread across the country over one summer doesn’t mean it’s time to cancel all fun. But what a killjoy, these stories: jumping into streams of water is just one less thing kids here are able to do. Oh well. There’s always homework.