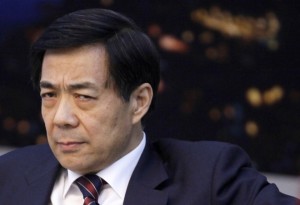 On August 11, Ann Heywood, the mother of murdered British businessman Neil Heywood, issued a statement that appeared in the Wall Street Journal. (“The full text of a statement,” according to WSJ.) “Given the circumstances of Neil’s murder, I have been surprised and disappointed that, despite repeated discreet approaches to the Chinese authorities, there has been no substantive or practical response,” she wrote. (It was then reported that the family was asking for $5 million in compensation.)

The Heywood family lawyer, He Zhengsheng, is now saying that Ann’s statement “was not released by the family of Neil Heywood,” as he told SCMP in a phone interview. Something’s gotta be lost in translation there, right? He did not say who released the statement, if not Ann. Did someone hack her email account and email WSJ? Are people using fax machines? How did this happen? What’s going on?

WSJ’s official response to He was more or less “fuck off.” Or as SCMP puts it:

Ali Bullock, a spokesman for The Wall Street Journal, said: “The Journal accurately reported the content of a statement released by Ann Heywood.”

SCMP also reports that “a source with knowledge of the Heywood family said Ann and Wang Lulu, Heywood’s Chinese widow, had different opinions on how to handle the compensation process.”

A friend of the Bo clan said the family “would do something” if the verdict was harsher than they expected.

He would pout. That’s what he’d do. Then eat a big steamed bun without sugar.

The trial starts Thursday. Let’s get it over with.