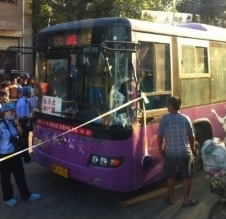 On Monday at 3:05 pm, a bus in Anyang, Henan province was the scene of a knife attack that resulted in two deaths.

A man reportedly pulled out his knife and robbed several people in their seats. Fifteen people were injured and two fatally stabbed. More than 400 officers were scrambled to the scene.

“The police is rounding up the suspect and has offered 100,000 RMB reward for his capture,” reports CCTV.

UPDATE, 11:52 am: A 10-and-a-half-month old girl has died at the hospital, bringing the death count up to three. There were 33 passengers on the bus.

The suspect is believed to be 27 years old, about 1.65 meters tall: 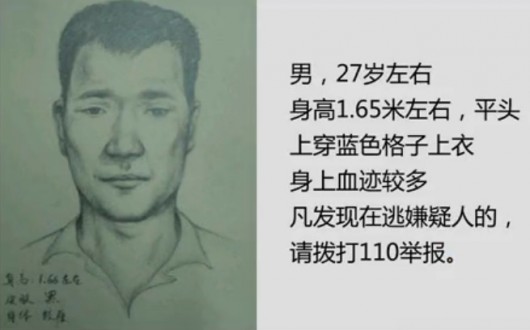 UPDATE, 8/21, 1 am: He was captured Tuesday afternoon while shopping for watermelons.

The following pictures are via Weibo: