Panagiotis Giannakis, former head coach of the Greek basketball team, arrived in May to begin a four-year contract to lead the Chinese basketball team through the 2014 FIBA World Championships in Spain and the 2016 Olympics in Brazil. As of this writing, however — following a blowout loss to Chinese Taipei in the quarterfinals of the FIBA Asia Championship two weeks ago — it doesn’t look like Giannakis will survive the month. (China may not qualify for Spain or Brazil, either, but let’s leave this unmentioned for now.)

Immediately following the Chinese Taipei defeat — a team that China’s never lost to before — reporters began speculating that Giannakis would be fired. China’s basketball federation isn’t known for its patience. The embattled Greek coach gave everyone even more reason to doubt his future recently when he publicly snubbed a handshake from an important basketball official — skip ahead to the 2:55 mark in the embedded video to see it. 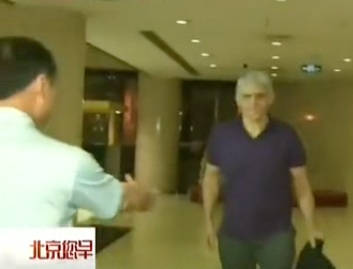 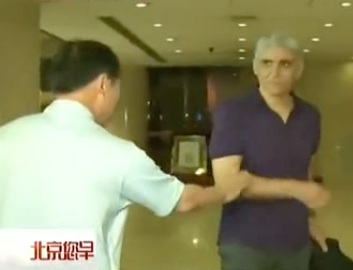 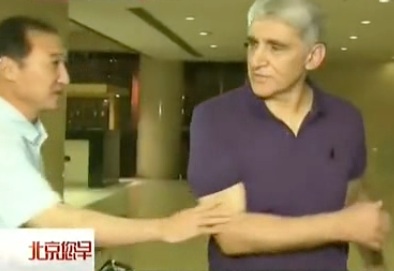 The person who extends his hand is none other than the deputy director of the Chinese national team, Hu Jiashi.

“I love Chinese basketball,” Giannakis then says. “And I hope to come back. So thank you for everything, xiexie, I’ll see you soon.”

Hope, maybe, but Giannakis doesn’t sound like someone who’s expecting to keep his job. How quickly things change. Only two months ago, Hu was publicly praising his new hire:

“This first month was a period of both sides adapting to each other. The players are adapting to him and he’s adapting to the players,” Hu said. “Looking at how things have started, Giannakis is doing a good job. He’s very professional and has a strong devotion to his work. He’s meticulous in his practices and he’s taken an extremely strict grasp of the team… He’s suitable for Team China for right now.”

Which leads us to this: who will replace him? Already, fans and media are openly rooting for Stephon Marbury, who has publicly stated his desire to coach the Chinese national team one day.

He has a little experience on the bench, too. After winning a CBA title with Beijing in 2012, Marbury was an assistant coach for the Beijing team at China’s 12th National Games in Liaoning Province.

Marbury is currently in the US, but Beijing TV’s reporter interviewed one of his Chinese friends, a journalist at Titan Sports, who reiterated that Marbury indeed wants to someday lead the national team. “But it definitely won’t be next year, and it won’t be the year after,” he said. “He wants to continue playing for Beijing Shougang (Ducks).”

Still, we are swiftly, it seems, approaching the day when Stephon Marbury is the head coach of the Chinese national team. Think about that for a second. The “Lone Wolf,” former Dream Teamer, after an ignominious exit from the NBA four years ago, may one day coach against the Dream Team. We can hardly wait.