Moving to Chongqing to become its Party Chief was clearly a step up the political ladder for Bo Xilai in 2007, but one figures it must have been bittersweet for him to leave Beijing, where — judging by this video — he was beloved by a large number of supporters.

The above — Bo’s final speech as the Minister of Commerce – was posted to YouTube in December 2013, but just recently tweeted out by Helen Gao. Bo would move down south to begin his stint as a member of the Central Politburo, tabbed for sure elevation into the Standing Committee… until, that is, his career and his life veered off track thanks to his wife, Gu Kailai, his former police chief, Wang Lijun, and Neil Heywood, who just had to get himself murdered.

Jump to the 2:05 mark to see Bo — smiling, happy — make his appearance. He speaks at the three-minute mark. He begins singing at the eight-minute mark. Considering what he looked like at his five-day trial that just ended, what an amazing sight indeed this is.

These screenshots are equally amazing: 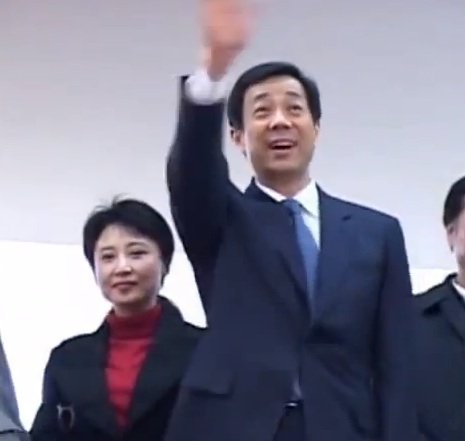 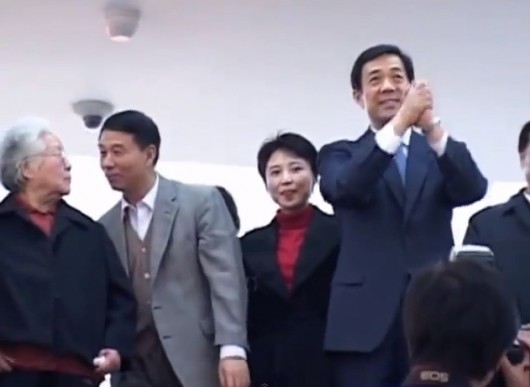 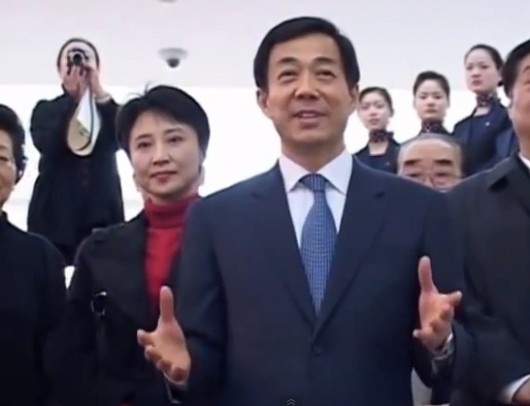