Just when we thought the updates had stopped, the excitement from Bo Xilai’s trial fizzled, here’s Gu Kailai, wife of Bo Xilai and convicted murderer, sending everyone ABUZZ.

The above video was posted to Sina at 11:55 am and already nearly has 1 million views. Everyone is talking about it.

Only things Gu Kailai can remember Bo helping Xu Ming with are buying Dalian football club and putting up the hot air balloon.

For those who, like me, were holding on for mention of the hot-air balloon: 5:25. http://t.co/vQsfCGHlVU

They should have used this double for the trial, she’s much better.

Also, we learn that this interrogation room is home to a 1999 dot printer, by the sound of it.

Here’s the Telegraph on the hot air balloon thing. 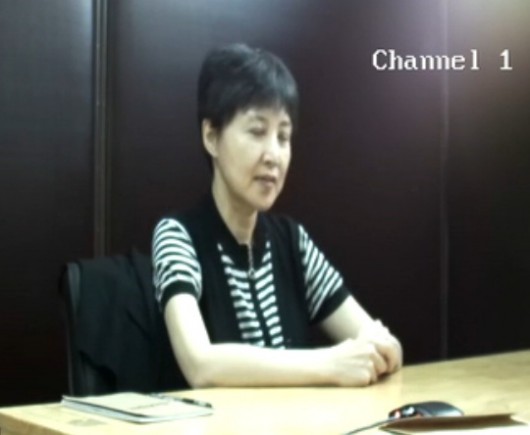