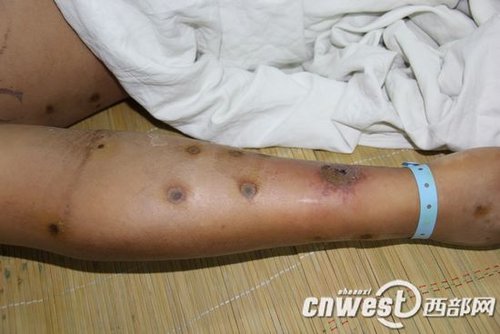 There’s a horror movie in here somewhere — or at least an unnecessary flashback to Thomas J’s death in My Girl.

At least 18 people have died from wasp attacks in Angkang, Shaanxi province in recent months, according to the Guardian, citing city health official Zhou Yuanhong, who says more than 100 people in the area have been stung.

China Youth Net reports even higher numbers: 230 people have been stung and 21 have died in the past three months. The wasps in the area have reportedly been known to pursue their human targets for up to 200 meters. One eyewitness said, “I ran to the side of the road calling for help, but the wasps chased me for 200 meters, surrounded me and stung me for close to three minutes.”

Other anecdotes include women being stung in the fields, elderly men being surrounded by dark circles of wasps in the woods, and people generally running for their lives.

Doctors say that those who have been stung up to 10 times should check themselves into the hospital.

The hospital is reportedly setting up treatment groups specifically for bee/wasp/hornet stings. Those who are stung by wasps are advised to clean their wounds with vinegar.

A local Centers for Disease Control official also issued a public reminder that households should not try to provoke hornet nests, but should call on qualified professionals to deal with the situation.

By the way: rural animals in China have been known to terrorize the local human population before. 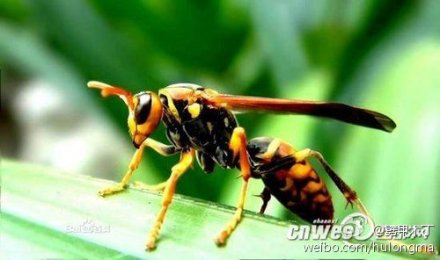 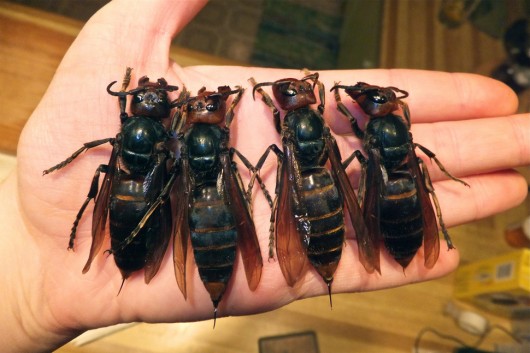 UPDATE, 3:34 pm: Via Business Insider, another look at a hornet wound: