Signs say no, but as recently discovered by Commentary Made in China, here is @XiJinpingOfficial, an Instagram account that sure looks a lot like something a person from Xi Jinping’s office would manage.

Starting from the first image on March 19, the account has done nothing but post pictures of the Chinese president’s meetings and events, plus some from his younger days. Some of these photos you’ve seen before, and look like they’ve been pulled from the wires. Others deserve a second look: 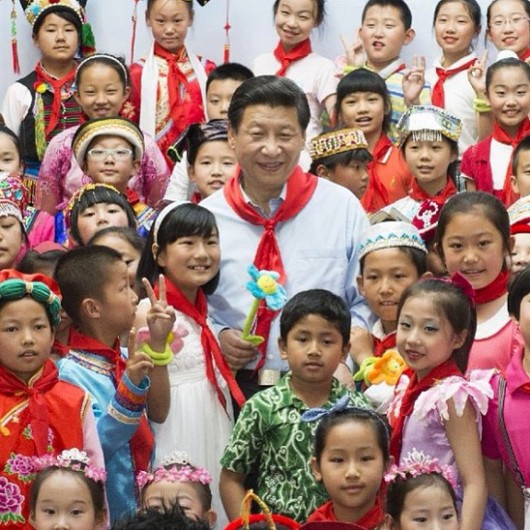 But why would anyone do this? Spend six months documenting the Xi Jinping’s moves, I mean. A sly and politically aware hipster in the US? A Chinese citizen with experience studying abroad? Someone within a branch of the Chinese government, albeit lower down the ladder? Which poor foreign copyeditor in charge of the Xinhua or CCTV twitter account is also being instructed to publicize Xi’s photos? How deep is the CCP’s social media reach? If we search, could we find the Chinese government’s fingerprints on Grindr?

Of course, all this is not without precedence. Who can forget the collective disappointment accompanying the revelation that the Sina Weibo account “Study Xi Fan Club” was in fact run by an ordinary microblogger, and not one of Xi’s aides?

But perhaps the most convincing reason that this account is fake: the comments. The negative comments. Why would the Chinese president open himself and his office to this sort of unchecked criticism? As Beijing Whisper notes:

Interestingly, although Instagram allows the user to delete unwanted messages, you can still find some comments that would be censored on other social networking platforms.

COUNTERPOINT: he (the person who runs the account, possibly associated with Xi) loves hashtagging, to the extent that only a public relations officer could. And #nofilter is never used. There is, in fact, no sign of irony anywhere.

Alas, there is hope for this account’s veracity. As of this writing, @XiJinpingOfficial has 60 posts, 17,105 followers, and is following 16 — among which are Barack Obama, Dmitry Medvedev, National Geographic, Time, and NBC News.