Another explosion rocked southern China, this time in Guangzhou. At 11:50 am today, according to Xinhua, a storehouse in the Ezhangtan area of Baiyun district went up in flame, rubble, and smoke. Four are confirmed dead, and at least 36 others injured.

The exact cause is unknown, but initial reports are that — unlike the blast outside a Guilin primary school yesterday — this was an accident.

The official Xinhua news agency said that the explosion in an industrial neighbourhood in western Guangzhou seemed to have originated from a container truck carrying hazardous goods that was offloading cargo in front of the warehouse. The remains of four people had been found and the fire was contained by Tuesday afternoon, it said.

The Nanfang adds that “seventeen firetrucks rushed to the scene along with three command vehicles…. Bus routes 17, 62, 62A, 71, and 524 were all temporarily halted. Xiwan Road was also blocked.”

The explosion caused by a truck unloading dangerous goods at a warehouse in Guangzhou’s Baiyun District yesterday has now killed seven and injured 36. The dangerous goods appear to have been illegal caps for toy guns and the Jordanian man who owned them is one of three people to have been detained by police, Southern Metropolis Daily reports.

Here are some pictures via Sina Weibo. I’ve decided against posting the one showing just a severed arm: 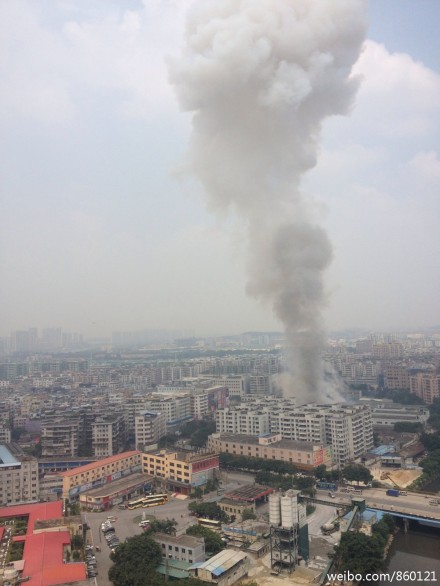 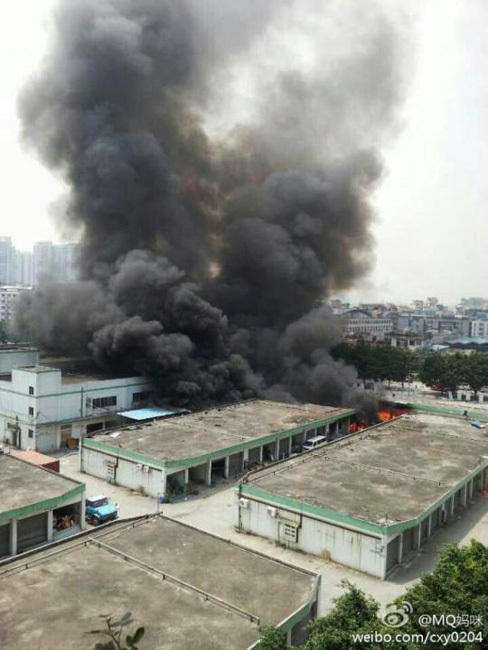 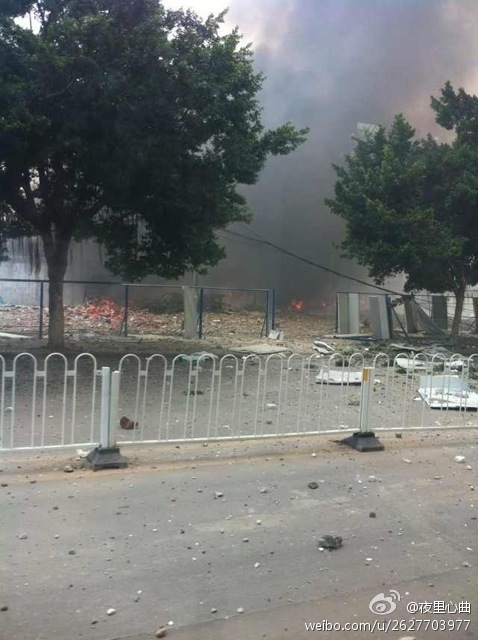 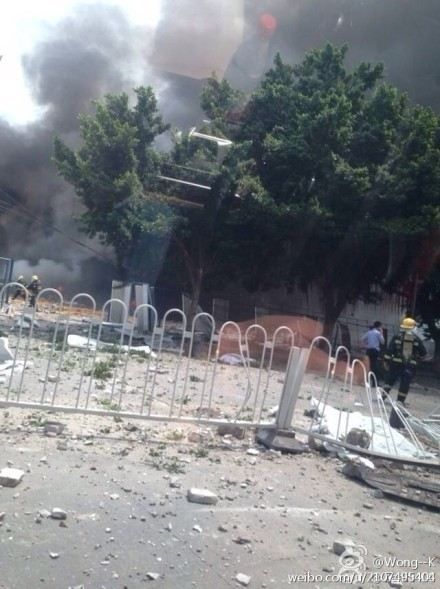