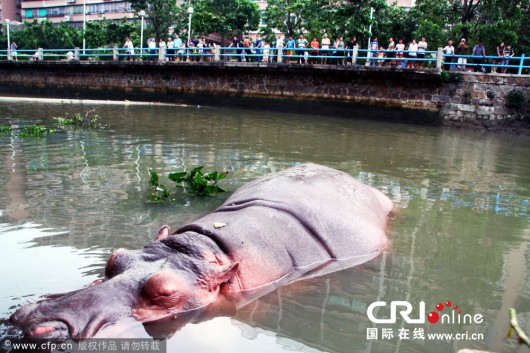 CRI has pictures of this friendly hippo lying in water outside a park in Shantou, Guangdong province. We’re told this two-ton fella has lived in the zoo since 2008; we can only hope that it finds its way back before too long.

Also, it should not pull an ostrich and run down the road. 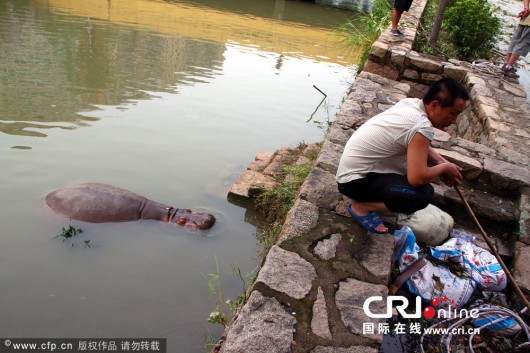 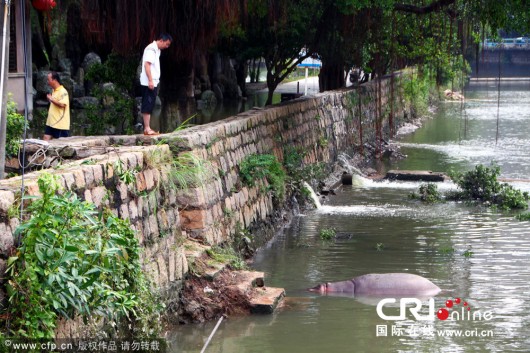