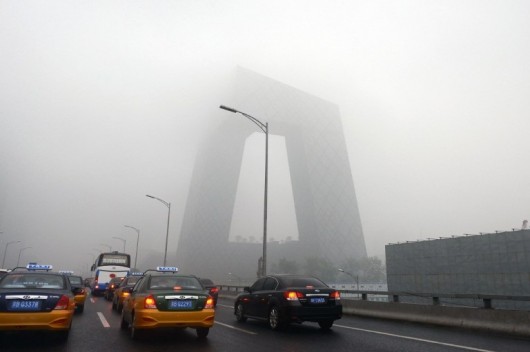 While Harbin continues to wheeze under a blanket of pollution, Beijing’s municipal government announced measures yesterday to combat smog should when it returns to the nation’s capital. Here’s Sina:

The city government said Tuesday the strictest emergency measures will take effect when the pollution index for fine particulate matter, PM2.5, is forecast to exceed 300 micrograms per cubic meter for three days running.

Private vehicles will be allowed to operate only on alternating days, depending on the last number of their license plates. Factory emissions will be cut 30 percent by suspending or limiting production, and construction sites must halt excavation and demolition work. Classes will be suspended, a measure likely to cause inconvenience in a city where most parents both work.

The odd-even license plate measure would be the first time we’ve seen it since the Olympics. It was at that time — and I’ve repeated myself since — that I said the plate restriction should be permanent. People would inevitably take advantage of the situation by buying extra sets of plates, but the net effect would be to take vehicles off the road. Considering the traffic on most days, many commuters, I daresay, wouldn’t even be inconvenienced by being forced to take public transportation.

But it appears that, finally, policymakers and those in the Environmental Protection Bureau are nearing the end of their patience for high-volume polluters. The decision-makers, even those who own multiple cars, live in the same city as the rest of us, with children who go to school under the same sky. It’s easier to have the backdone to enact change when you have something personally at stake.