True objectivity in journalism may be an unachieveable ideal — the craft is as much about storytelling as reporting, with the requisite narrative structures that confirm or deny bias — but that doesn’t mean a journalist should actively neglect his or her duty to truthful storytelling.

Unless you work in Chinese media.

Residents of Yuyao in Ningbo, Zhejiang province reportedly clashed with riot police and mobbed a local television station on Friday night after a journalist allegedly understated the devastation wrought by Typhoon Fitow.

It led to one netizen, as found by Offbeat China, to comment, “The biggest problem is that Chinese media work for the government. The people have no voice.”

According to SCMP, “Online accounts say residents were infuriated after a journalist said to the camera that, ‘The flood in Yuyao is gone, and the people have gone back to their normal lives.’” The TV station in question “denied having said these words in the program.” 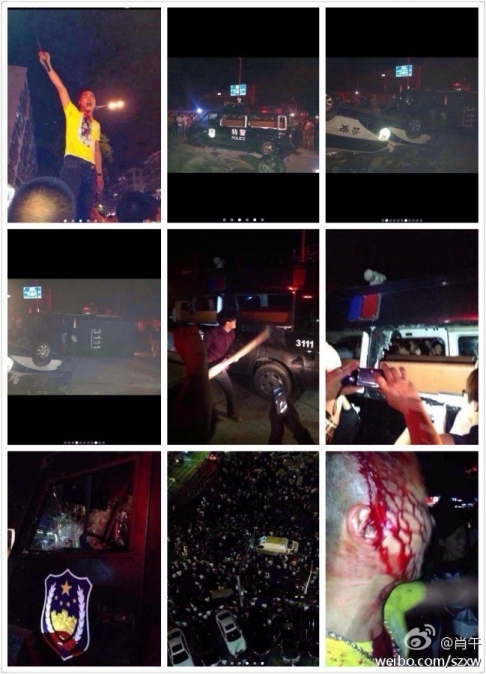 Take a look at the above video for more visual evidence.

Offbeat China also has this picture, supposedly the journalist from Ningbo Television who issued the misleading report: 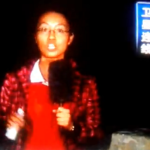 They thought the report was an untruthful representation of what’s happening in Yuyao and demanded the journalist to “explain” and apologize. Details are still unknown, but it seems that the negotiation between Ningbo TV journalists and local Yuyao people didn’t went very well.

Netizens have wondered aloud why there appears to be more police protecting a TV station than helping typhoon victims. Offbeat China again:

One netizen 狸咬灰夫斯基 commented: “The police care more than maintaining stability than helping the people with flood relief.”

Sad, isn’t it? How could this story possibly get worse…

Seagull Reference, take it away:

A recent crackdown of online rumor spreading might have caused the initial delay in rescue efforts. The government recently announced through the Supreme Court that any misinformation would be prosecuted with criminal code. The ‘misinformation’ was explained by a number of cases in the past weeks. For example, when 5 cars were involved in an accident, if someone posted online 4 cars were involved, then it would have broke the law.

Fewer people are daring to challenge the media’s government lapdog’s grossly misleading stories because they’re afraid of going to jail. The sun is shining, says Ningbo TV, while rain patters against the station’s windows. Meanwhile, floodwater continues to soak Yuyao, with shortages in food, drinking water, and electricity. Even Polyanna would be embarrassed.