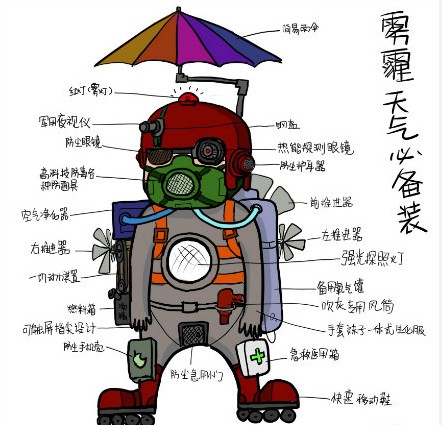 The girl from Jiangsu lived by a busy road where she inhaled all kinds of dust and particles, China News Service cited Dr Feng Dongjie of Jiangsu Cancer Hospital as saying. These included superfine PM2.5 particles, less than 2.5 microns wide, that are considered the most dangerous component of smog, Feng said.

Note that this is not technically the same as getting lung cancer from pollution. It’s inhaling dust and other probably toxic, superfine particles, much of which from the ground. But don’t let that stop you from revisiting these scary stats:

In Beijing, which has suffered frequent, severe smog in recent years, deaths from lung cancer rose by 56 per cent from 2001 to 2010. A fifth of all cancer patients suffer lung cancer, figures from the Beijing Health Bureau show. It became the leading cause of cancer deaths among men in the capital and the second-biggest among women, after breast cancer, in 2010.

In addition, according to Xinhua, hospital staff said while most lung cancer patients are around 50 years old, in the past few years the fastest growing demographic of new patients have been between the ages of 3 and 50. (We’re not sure why the range would start from three, since the youngest patient is eight; Chinese media is weird.)

Economics or environment? We all reap the benefits of speedy growth, basking in opportunities and increasing salaries. Meanwhile, we all continue to suffer the consequences, too.