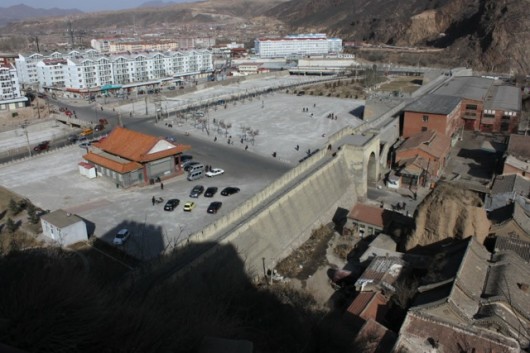 China wants the Olympics again. Beijing and Zhangjiakou submitted a formal nomination letter to the IOC on Sunday to joint host the 2022 Winter Olympics, according to Xinhua. If chosen — a decision should come in 2015 — Beijing would be the first city to have hosted a Summer and Winter Games.

Before we talk about the bid’s chances (spoiler: slim), let me say I’ve been to Zhangjiakou several times. It’s the laojia for my aunt and uncle, a charming city with a surprising amount of history, having served as one of the northernmost outposts against invading armies. Remnants of that history are well preserved beside a small hill that offers a nice, short hike. I took the above picture from atop that hill.

The city also happens to be small, underdeveloped, and in Hebei province. Nothing against Hebei, I’d hate to let prejudice beget jokes, but the last two times we wrote about Hebei, it was about killing Tibetan Mastiffs and fighting handicapped beggars. If we go a bit further back in the archives, there was this: 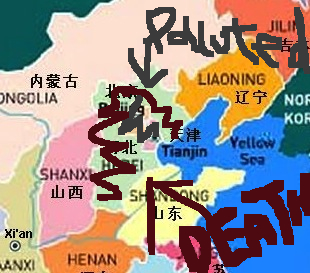 Could you find two worse cities in the wintertime, when coal usage is at its highest and the trees are barest and most helpless against the northern sands, to host an international event? People have acknowledged as much. Via SCMP:

“In the evaluation process, environment is a very important factor to be taken into account. Beijing must redouble its efforts to clean up its air if it wants to host the Games,” said Tu [Xiaokun, a basketball referee who served on the Beijing Games organising committee].

The bid will likely fail not for these reasons. Asia is getting the Games in 2018 and 2020 (Pyeongchang, South Korea in the winter, Tokyo in the summer), so there’s almost no chance it’ll get it again in 2022. Still, we’ll be rooting for Beijing and Zhangjiakou. The last time the Olympics were here, we saw a party — to say nothing of civility and cleanliness — that none of us will soon forget.