The incident reportedly happened on November 15 in Dandong, Liaoning province. You can watch the news report, above, via Liaoning Satellite TV. The suspect is 35-year-old Sun Chuanjun, who apparently divorced the toddler’s aunt earlier this year, though the exact motive for his heinous rampage aren’t known.

“When we got to the door, the suspect was on top of Xu Xiaoli; there was blood all over the floor,” the neighbor told Liaoshen Evening News. “Sun Chuanjun threatened to kill us if we approached him. He ran into the house and grabbed the baby girl, placing her between his legs and taking off on a scooter.”

Sun reportedly then took the baby to his father’s house, and put her in a large wok half-filled with water. Then he put a rock on top of the lid, and turned the heat on.

When Sun’s father came home, he heard the child’s cries coming from the kitchen, and rescued her from the pot.

The child suffered severe burns on her arms and legs, and muscle damage. Here’s a picture of her — alive, thankfully — from the Liaoning Satellite TV report: 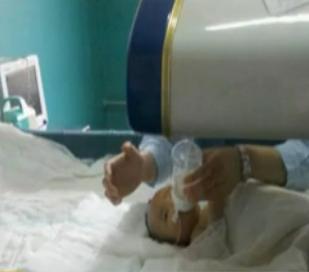 And the wok she was supposedly thrown into: 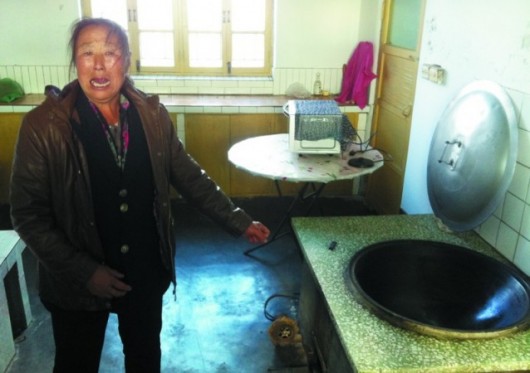 2 Responses to “The Most Horrific China Story Of Today Involves A Murdered Mother, A Baby, And A Wok”