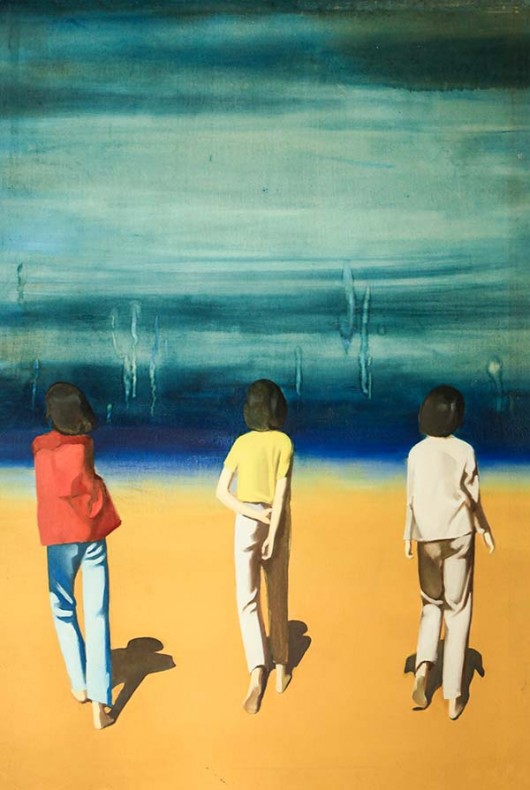 Dream of Sea by Chen Ren

Our friends at Beijing Today will be swinging by now and then to introduce art and culture around the city. This week, get acquainted with modern creations as the National Art Museum of China reexamines the New Wave movement.

The New Wave movement began in 1985 with an essay and series of pictures by graduate students at the Zhejiang Art Academy (now the China Academy of Art). They ran wildly counter to the Chinese mainstream at the time, emphasizing a deeper perspective on humanity – one that respected individuality and free expression.

The art seemed to draw energy from modern philosophy and literature and reshape it to represent urban life. Critics said the works did not simply mimic Western Modernism: they rediscovered and reconstructed reality, the individual’s role in society, and the absurdity of life.

Thirty years later, the style has become commonplace, and many of the students from that era have gone on to become the darlings of auction houses.

The movement is, in many ways, the foundation of Chinese contemporary art. The story of its birth and growth within the academies explains the very significant role of schools in this movement.

The National Research Center of Modern Art, National Art Museum of China, and China Academy of Art are collaborating to explore the dramatic events of 1985 at the Zhejiang Art Academy.

Their new exhibit discusses the history and social implications of the New Wave movement in the context of modern art in the 20th century. It’s intended to correct many wrong assumptions about and place the artists in their historical context.

The exhibition, which includes both art and documentaries, is divided into four sections. The first features works related to the article published in Meishu magazine in 1985.

A second sections explores the founding history of Zhejiang Art Academy in 1928 and its first principal, Lin Fengmin. Lin and other academics founded an art community to devote themselves to promoting modern art in society. From 1929 to 1934, the art society hosted exhibitions in Shanghai, Nanjing, and Japan, and founded a couple of art magazines.

The art movement in China has always focused on the relationship between art and reality, and art and revolution. In the 20th century, there were many intense disputes over whether styles should be formed by or reflect society.

Art historians reckon that the 1980s were the second age of enlightenment in China’s modern culture. After the Culture Revolution, China reopened its eyes and ears to its own traditional culture and began accepting information from the West.

The third category showcases an era of breakthroughs, with lectures about modern art from American historians and students’ explorations in modern water and ink painting.

The last section focuses on the New Wave movement and includes works such as Tai Chi, a massive conceptual painting by Gu Wenda, one of China’s first artists to experiment with modern water and ink.

The works represent the vanguard of creativity in Hangzhou in 1985. All artists were from the Zhejiang Art Academy. 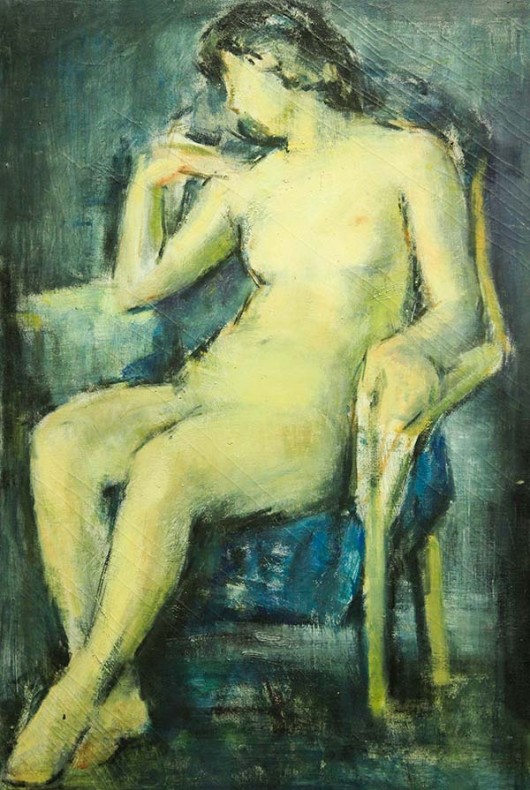 One Response to “The Second Age Of Modern China’s Enlightenment: The New Wave Movement, Reexamined”