No one can doubt Ma Haifang’s Beijing credentials.

Born in the city in 1956, Ma studied at the Central Academy of Fine Arts and graduated in 1981 with a degree in traditional painting. Like many masters in his field, he has spent the years since working at People’s Art Publishing House as a supervisor.

Ma obsesses about Beijing life. Each of his works capture daily life in Old Beijing and festival celebrations. 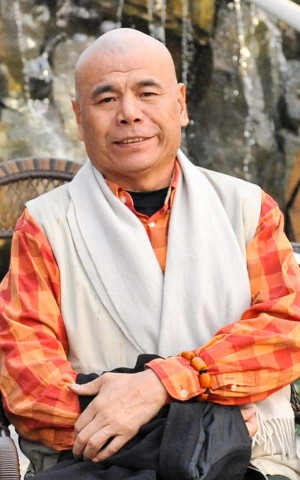 His art captures the spirit of a different, simpler time that has been lost from the modern city’s memory.

Ma specializes in the boneless painting style, using moderate lines and highlighting the shapes of his figures for modest exaggeration.

Almost all of his works include traditional couplets with proverbs or introspective warnings, messages such as, “You don’t drink tea to kill your thirst or play chess to win,” or, “Modesty brings good luck as virtue brings fortune.”

Ma’s subjects go about their daily lives seeking shade in the summer under the city’s old big trees. The Beijingers seem optimistic about life and enjoy playing with their birds and goldfish, appreciating trees and flowers or chatting.

Even people who have never experienced Old Beijing can sense his profound nostalgia for the city’s vanishing cultural spirit.