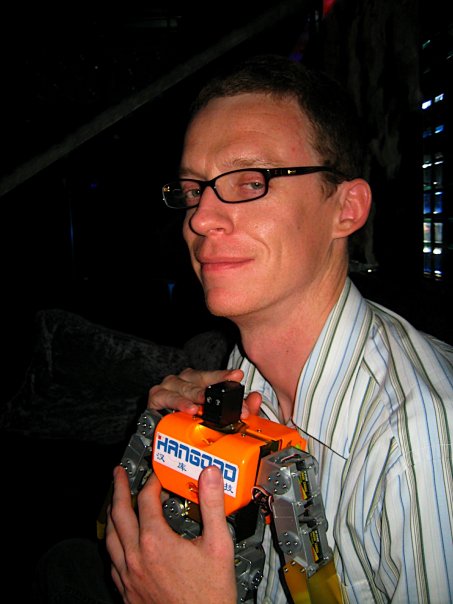 Austin Ramzy, a journalist who previously worked for Time magazine, has not been given press accreditation or a permanent visa since he joined the Times, according to journalists in Beijing.

In Ramzy, Beijing is poised to lose a cyclist, trivia-goer, and all-around good guy, though we remain hopeful that something will come through. Obviously unable to comment himself, we asked one of Ramzy’s friends to tell us a little more about the man. Here’s what he had to say:

His uncle Hossam Ramzy produced a version of Khosara Khosara that was sampled by Timbaland for the Jay-Z track Big Pimpin.

On a more banal note, I think most of his problems started when Bolton were relegated in 2012. And when he got kicked out of his hutong home. Those two things may or may not be connected to his current visa problems.

The Times’ bureau chief, Philip Pan, has not been given a journalist visa for China after almost two years of trying. And last year, reporter Chris Buckley was forced out of the country after he left Reuters to work for the Times.

Philip Pan’s very much working though, visa or not, byline or not. Buckley, of course, regularly files articles. There’s hope yet for everyone.

One Response to “Visas For All Western Correspondents! Except Austin Ramzy, Not You”