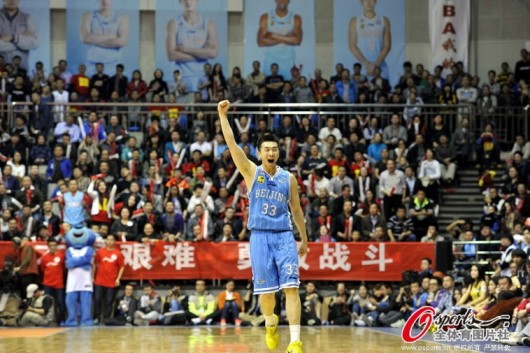 Beijing is again king of Chinese basketball. The Ducks beat the Xinjiang Flying Tigers 98-88 tonight in Urumqi, clinching the CBA championship 4 games to 2. Stephon Marbury and Randolph Morris, who played so shockingly poorly in Game 5 in Beijing that I heard more than one person say they threw the game (14 points each, combined 7 for 38 from the field), redeemed themselves by scoring 28 and 30 points, respectively. Morris was chosen series MVP (a recent rule change now lets foreigners win this award, traditionally reserved for Chinese players only).

Inside the locker room after the game, Marbury sat and sobbed into a towel while members of an overzealous media crowded around him. “Beijing is champs!” players shouted.

There were no demonstrable gestures on the court, unlike at the conclusion of Game 5, when Xinjiang’s Muhtar Xirelijiang did this.

The Ducks also won in 2011-12, their first basketball championship. (Marbury was clearly the MVP that year, though the award went to Lee Hsueh-lin.) They lost in the semis last year to the Shandong Lions.

Meanwhile, this marks the fourth time in six years that the Xinjiang Flying Tigers have lost in the CBA finals. The team finished second in the regular season this year, behind the Guangdong Southern Tigers (who Beijing beat in the semis). Xinjiang’s quest for its first CBA title will have to wait one more year. 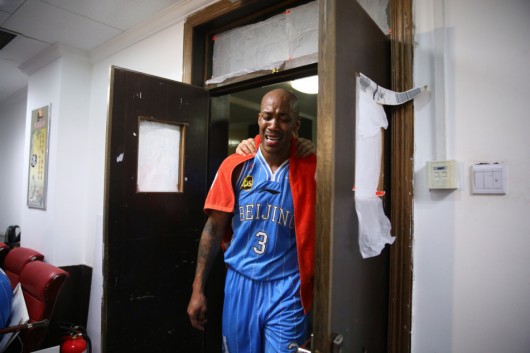