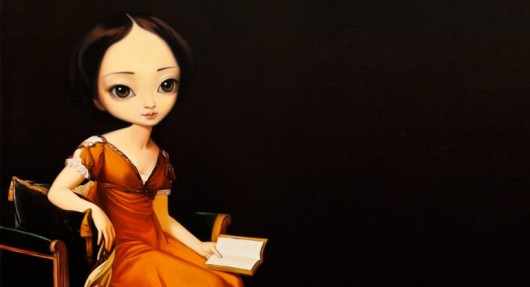 Zhang Botao searches for remnants of ancient tradition in China’s modern women. Since 2010, he has been working on oil paintings inspired by ancient beauties at his studio in the Songzhuang artist colony.

His paintings blend modern figures with ancient oriental traits. Each of the women in his works show eyes full of desperation and sorrow.

As an oil painter, Zhang continues a tradition that began with ink paintings. In the distant past, scholar artists enjoyed painting portraits of sorrow-filled beauties. In Zhang’s work, these women are updated with classical European dress, a hint at Westernization.

Zhang’s work has been commercially successful, with most of his portraits fetching 30,000 yuan online.

Born in 1970 in the mountains of northeast China’s Da Hinggan Ling, Zhang studied traditional painting at Harbin Normal University and graduated from the Central Academy of Fine Arts in 2004 with a degree in oil painting.

“It’s no easy feat for a boy from the mountains to enter one of the nation’s most prestigious art schools, but it was one I was determined to achieve,” Zhang said at the opening of his latest exhibition.

“I paint girls to show that I still have beautiful hope of life,” he said. “I am following in the footsteps of the Ming Dynasty painter Tang Ying and 19th-century Britain’s Bern Johns [Edward] Burne-Jones.” 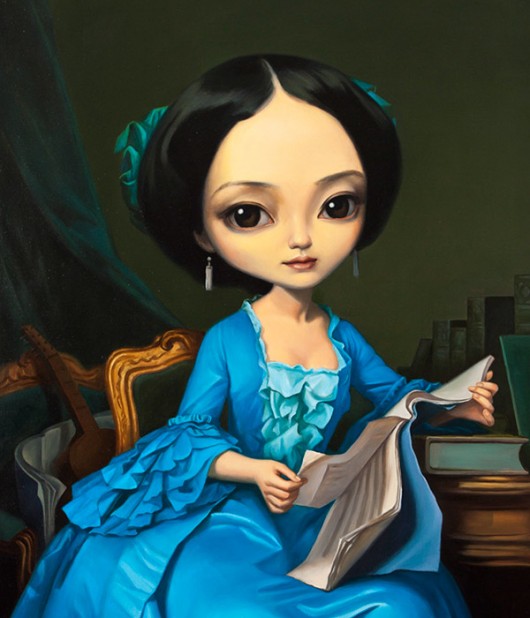 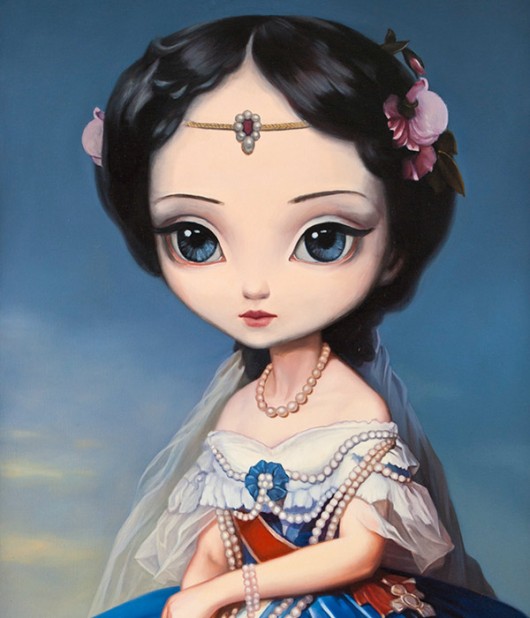