Stephon Marbury may have turned in his finest CBA performance — and it came against the best team in the league, the defending CBA champion Guangdong Southern Tigers. With his head bandaged for the last four minutes of the fourth quarter and through overtime — the result of a gash sustained during one of his trademark drives to the basket — the 37-year-old finished Saturday night with 43 points on 13-for-20 shooting (including 4-for-8 from behind the arc). He was fouled 13 times, hitting all but one of his 14 free throws. The Beijing Ducks won 109-104.

Marbury posted to Sina Weibo afterwards: “No matter what it takes. Bloody head surgically repaired knee bruised thigh the mission must be complete.” It was a typically physical contest between these old rivals – Beijing beat Guangdong 4 games to 1 to win the CBA championship two years ago – as the teams combined for 62 fouls (33 on Guangdong, 29 on Beijing).

The win puts Beijing one game away from the CBA finals. The Ducks lead 2 to 1 in the best-of-five series, with the next contest at home at Wukesong — the NBA-quality arena built for the Olympics — tomorrow at 7:35 pm. The game will be broadcast on CCTV-5. If you’re wondering whether to tune in, I’ll go ahead and tell you the answer is yes. (UPDATE: Swing by BJC tomorrow for a live-blog of the game, with updates sent in from press row by Nick Bedard.)

Beijing’s Randolph Morris scored 33 points on Saturday, though he needed 30 shots to get those. (He also missed some late free throws that had everyone grimacing.) Needless to say — though Guangdong’s coach said it after the game — if Beijing’s two foreigners combine for 76 points, the team’s going to be hard to beat.

Guangdong’s Yi Jianlian scored a team-high 29 in a losing effort.

The winner of this series goes on to face Xinjiang, which finished a 3-0 sweep of Dongguan on Sunday on its home court in Urumqi.

Some pictures via Sina: 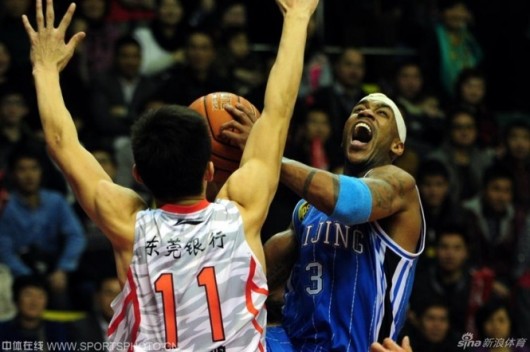 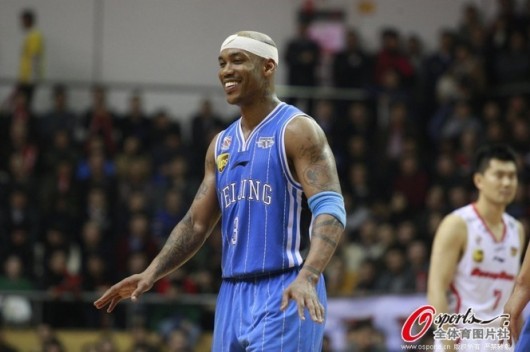 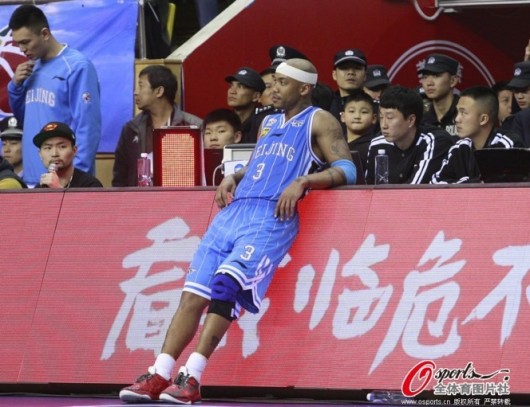 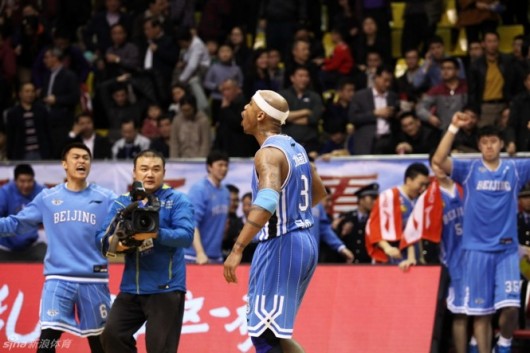 One Response to “Stephon Marbury Scores 43 Against Archrival Guangdong, Beijing On Cusp Of CBA Finals”