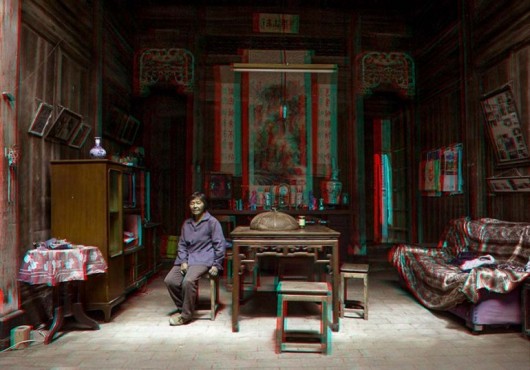 Matjaž Tančič is a young Slovenian photographer who splits his time between Beijing and Ljubljana. He began his career as a photojournalist for Mladina magazine, but quickly made his way abroad. Tančič is a graduate of the London College of Fashion.

Among the hundreds of galleries in Beijing, Intelligentsia Gallery is quite unusual in its interactive approach to exhibitions.

Created as a room of sorts, it regularly gathers the works of painters, sculptures and photographers into a shared space that enables visitors to interact with the art.

The exhibition is curated by Garcia Frankowski, an architect who explores the room as container of space, experiences, relationships, feelings and identity. Each artist contributes to the experience through a different medium.

For example, Meng’s “Blank” series of paintings purges the room of furniture and leaves it as an open space for self-reflection and introspective analysis.

Rota’s photo series “Big Exit” tries to explain the relationship between a space and the human body. Her self-portraits capture instant dynamic tension between the body and its surrounding space.

Art critic Chen Hao said the most intriguing quality of the space is that it can be taken as a whole. “ The backdrop is not a canvas, a wall or a decent museum, but a small anonymous room somewhere in Beijing,” he said.

“The space is so confined and basic that everything is concentrated and connected – a richness emerges through the limitation and with only few pieces at play,” Ho said.

The experimental nature of the gallery is founded in art, but is something usually missing in modern high culture exhibitions. 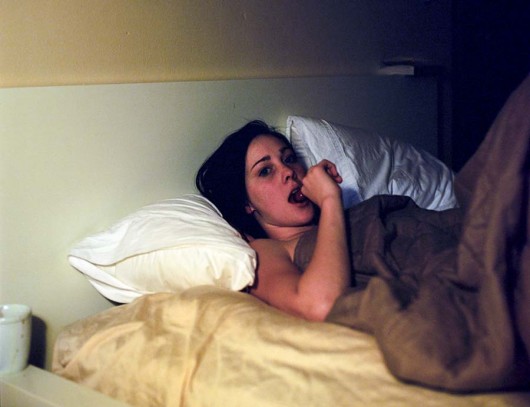 Born in 1983, Camille Ayme pursues a body of work evolving around the components of the modern city. Her 2010 collaboration on the TV series Skins in New York led her to rethink the notions of characters, sets and fictions. 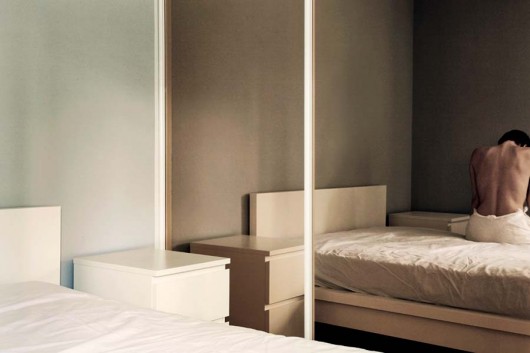 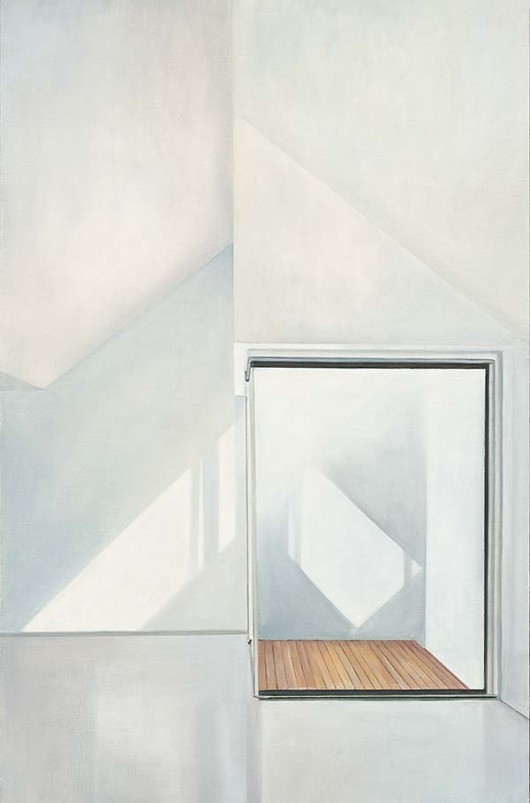 Meng Zhigang was born in Guilin in 1975. Deeply rooted in philosophical foundations, Meng creates psychological dissections of the space that surrounds us – from the fictional landscapes of his early works to the ethereal architectural interiors scraped of context and depicted in his recent paintings.